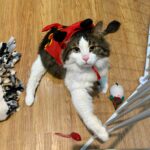 If witches have “familiars” (cats, toads, bats, senators, etc.), we — whatever we are at Tabby’s Place — have “peculiars.”

But holidays are perpetual at the Place called Tabby’s, and we’re rich in treats and tricksters, holy mischief-makers and soulful world-menders, on any ordinary Friday. 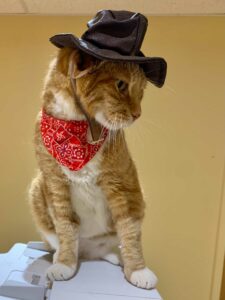 As we discuss our deep thoughts over stale candy corn, there is much at which to marvel.

(This is always the case, but autumn has a way of making it leaf-peepingly obvious.)

But on this particular first Friday, I’m afraid there’s also much at which to shake our tiny fists into the sky.

Without getting into the grisliest, ghastliest details, Tabby’s Place is battling a bit of a ringworm outbreak. In eighteen years of doing this thing we do, we’ve only had one other serious, sanctuary-wide outbreak. Given how much ringworm loves cats, we should consider ourselves lucky. Frankly, right now we consider ourselves tired.

For the uninitiated, ringworm is simultaneously (a) not as catastrophic as it sounds and (b) far more chaotic than it sounds. Nobody dies of ringworm; no actual worms are involved (think fungus, not wiggler); creatures with and without fur develop humiliating, itchy round red circles in peculiar places. 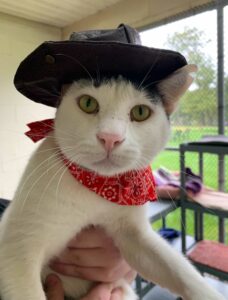 For humans, this means a little Lamisil and a little embarrassment. (Especially if you happen to get the foul fungus in such a location as, oh, I don’t know, your chin, and it hangs on for three intractable, infuriating months, during which everyone, especially Jonathan, sees fit to mock you daily. No, I am not speaking from intensely personal experience, why do you ask?)

For cats — dies irae! — this means quarantine to one of the few specially-purposed cages in a cage-free sanctuary; three insulting weeks of treatment in a lime sulfur dip; and overall having your boundless dignity assaulted by absurdity. We’re still permitting limited visits by appointment, but heartsick to have to halt the hugging. Mushrooms are magnificent, but this fungus is nobody’s friend.

Our tireless team is dipping cats and comforting cats and monitoring cats and blacklighting cats and getting wearily sick of the phrase “ringworm suspect.” We’re taking all precautions; we’re taking care of business (here I refer to my luminous colleagues; I’m taking cover under my laptop and clutching my pearls and whimpering “not my chin again”); we know that this, too, shall pass. 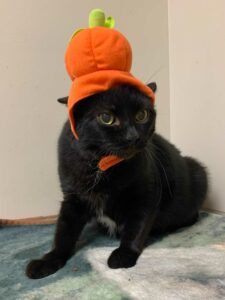 And we’re looking forward to a November that’s footloose and (mostly) fungus-free.

But first, a look back at the October saints and scamps who spangled our days:

Banished to Ringworm: Zeppole, Betty, Indiana, Boobalah, Faith, Consetta, yes it is terribly unfair and terribly terrible and if ringworm were a person I would wallop him with a large marshmallow for his crimes against felinity 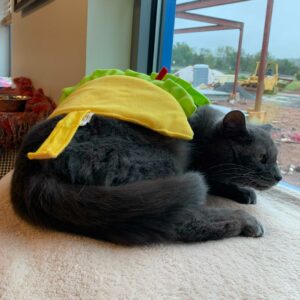 Forever Foster Fabulosity: Farrah, by a staff member who shall remain anonymous to protect the spectacular, except to say that her name rhymes with Farina and she may or may not be our Volunteer Coordinator and she is one of my personal heroes for more reasons than she shall ever understand, forever and ever amen

Promoted to the Lobby: Pepita and Rose, who may or may not be in the process of remaking Aretha Franklin and Annie Lennox’s “Sisters are Doin’ It For Themselves: Sisters From Suite A Remix”

Promoted, or something, to the Odd Exuberant Office of the Development Director: Fiesta 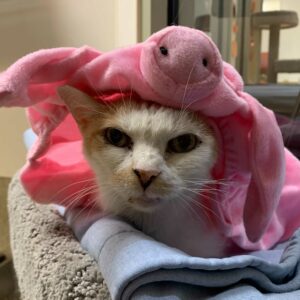 Stuff we learned: We’re a stalwart gang of ghouls and glitterbombs, we Tabby’s Placers. Neither fungus nor exhaustion nor the gales of November can get us down.

Also: in a hundred lifetimes, on a hundred planets, no cat will ever have a sweeter, saintlier story than our seafaring Linda Fund poster boy, Benny from Beirut. In addition to being the angel-face that launched two hundred eighty thousand ships (er, dollars) for our neediest cats, in the biggest, most generous, astonishingly awesome Linda Fund ever, Benny was adopted…by one of the vet techs…who personally tended to his wounds, day after day, at the specialty hospital. 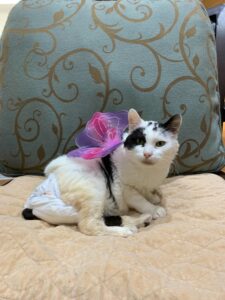 Thank you, from the depths of my weary but wonderstruck soul, for making that possible, you selfless, glorious, life-saving love-lavishers.

Here’s one last deep thought for you: just imagine the cats we have yet to meet and love, splendorbeasts we can’t possibly yet imagine, faces that will be etched into our hearts for the rest of our lives. They’re coming, and they’re going to change us for the better, forever. So let’s hold onto each other tight as we tunnel towards the tinseled tail end of the year.

Thanks to the radiant and remarkable Jae for this parade of Halloween happiness. From top to bottom, your feline treats today are Anka, Bosco, Mr. Thief, Fenek, Shelley the deepest-thinking taco who ever trod the earth, Fiesta the party piglet, and Rose