Donate
Who do you think you are?

Tabby's Place > Blog > Who do you think you are?
By Angela Hartley
2 Comments
Uncategorized 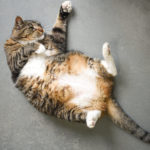 Who do you think you are?

1) It’s coming from me, and I am approximately as threatening as a marshmallow Peep holding a pinwheel,* and
2) It’s actually a very hopeful question.

We have all been living in limbo for so long that it’s easy to forget we are still dangling. This is what my old seminary professors would gleefully call a “liminal state,” a borderland, an in-between, mid-air trapeze act where our hands are still grasping at the ether for their landing place.

Liminal states are disorienting. They can make you feel crazy.

But they can also be nurseries for good mysteries. When the stars are spinning and the axes are twirling, we can be made new in ways we’d forgotten we were old.

There is humongo hope in this lengthy limbo.

So I’ll ask you again: who do you think you are?

Who are you becoming, even on this most ordinary day, even in this most extraordinary year?
Who do you want to be?

Angelo thinks he’s Paul Newman + Steve McQueen x Robert Redford. I am slightly too young to remember these fellas in their prime, but even I know that they are the coolest who ever walked the earth. Heck, I had a crush on Paul Newman before I even knew he supplemented his organic salad dressing business with a bit of acting. (Don’t cry for Alan Alda, though; Hawkeye was still my first and deepest love.)

Archer thinks he’s Smash Mouth, although he does not endorse risking one’s life to party with aforementioned Mouth. He is, however, an all-star who excels in getting his game on, whether or not he will thereby get paid. (Just don’t tell him the world is gonna roll him, else he’ll roll on you and you will perish.)

Hobo thinks he’s Morgan Freeman. Since moving to the Tabby’s Place Lobby, he can’t stop narrating the lives of everyone around him in noble, generically-holy tones. Suddenly everything feels important and wholesome.

Amy thinks she’s Dwayne “The Rock” Johnson. No other human is up to the task of matching her awesomeness. She personally, deeply identifies with both the Tooth Fairy and That Bad Guy in The Mummy. And she’s convinced that we’re all living in one XXL game of Jumanji. (I think she may be right on that one.)

Dani and Disco both think they’re influencers: fitspiration with a definite size-positive twang. They twist and twirl and taunt the whole wide world with their tabbular fabulosity. They are aspirational in the extreme.

Lily thinks she’s Vasco da Gama. She is the great explorer, the daring discoverer of derring-do, exposing the derring-don’ts of all the doers of dastardly deeds in Suite B (and they are legion).

Toby thinks he’s The Weeknd, both because (a) he knows he belongs on the Billboard Hot 100 and (b) on his schedule, pre-, mid- and post-pandemic, every day is the weekend. (Toby asked me to add this: “SUCKERRRRRS!”)

Shifty thinks he’s Drake (and would like to collaborate with Toby). He started from the bottom, and now he’s here. At Tabby’s Place. Owning everything and everyone.

Oscar thinks he’s a 450-pound bag of macadamia nuts, just because everyone loves them, and, well, if the buttery scrumptious nut fits.

Wilbur would hereby like to chime in and add that he’s perfectly content just thinking that he’s himself, but he does think all of the other cats are a 450-pound bag of sugar free gummy bears, specifically these (read the reviews, no elaboration necessary).

Sammy thinks she’s Bob Dylan. She comes; she goes; she plugs in and unplugs as she sees fit; she grows older, stranger, rougher and rowdier. But she is always, always, always cool. (Possibly even cooler than Angelo, although that’s not the hill I want to die on.)

They all think they are Earl, Viscount, President, Emperor and Pope.

They are all completely, exquisitely confident in every iota of their essence.

They are an inspiration to us all.

Now go forth and get just a little grandiose, kittens. This is a season for growing and glowing and getting wherever we’re going.

*Unless you are considering hurting someone I love, in which case that pinwheel becomes A SWORD OF EVERLASTING JUSTICE WITH WHICH I WILL TAKE WHAT IS MINE WITH FIRE AND BLOOD. Just FYI.

2 thoughts on “Who do you think you are?”