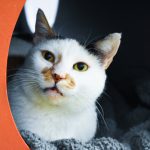 “Into each life a little rain must fall.”

That, and other such dismissive platitudes, fail to comfort when the rain is a deluge accompanied by crashing thunder, tumultuous seas, fire, and brimstone.

Okay, that last bit might be as much of an overstatement, and the adage is an understatement. But, there are times when our peace is more than simply shaken. There are times when the very earth beneath us seems to quake in sympathy with the seisms within and around us.

This is not what Carole King meant when she sang I Feel the Earth Move, although maybe we could use a little more of that.

Smithereens is not only a rock band, it is also what we’re left with when our peace has been smashed with the harshness of life. For us humans, we can understand (at least theoretically) and explain and commiserate and discuss and soothe. We can ask each other what we can do to help, and do it. On the other side, we can ask for help and be specific about what we need. So, when the harshly unexpected arises, means of coping and aid abound.

For cats, it’s not so straightforward.

We have no idea exactly how Jeannie and Frankie felt when they arrived at Tabby’s Place. For that matter, we don’t know their precise opinions about life in the Community Room, the staff, the volunteers, the construction going on outside the windows, or about anything else, for that matter. We can only guess. We can never be completely sure. But, we can be there for them and do the best for them that we can.

What about Shelley? How can we gain insight on how she perceives what goes on in the world around her, especially since she can’t actually see us or anything else? Even with her fluency in “catonese,” Shelley is reluctant to speak of what came before. In fact, she never utters a word that we can clearly comprehend without making a leap in translation. We might think we know what she wants, but we can only be certain of what she needs, and provide it with constancy and love.

Then there is Charly. In the midst of the confusion and disarray of the summer of 2020, Charly’s peace was shattered to the point where any group of humans would have difficulty rising to the occasion of supporting, coping, surviving. An explosion she couldn’t understand brought the world crashing down on her. Her relocation brought her to a strange new world with strange new people. She had ringworm. How can a person explain to a cat who has already been through so much that there would be an additional period of seeming torture that is actually part of the road to wellness?

There is no explaining. There is only the hope of understanding.

Happily, for Jeannie, Frankie, Shelley, and Charly, we are on the far side of the worst of their nightmares. We understand that and can delineate and explicate to each other:

Frankie “Sad Eyes” is taking over the internet and our hearts. He is hale and hearty and taking no prisoners (despite his best attempts). We are as certain of his love for people as we are of his love for the next round of fish mush.

In Shelley’s case, regardless of the figurative blind (humans) leading the blind (a beautiful grey cloud of feline fluff), we know a few things. Shelley offers few complaints. She also has an inexplicable preference for a window seat. We know that she can’t watch the world go by, but we don’t know exactly what she experiences from her preferred perch. We also know that she can hear us say her name (best done to avoid startling her before petting), and she leans into the love we shower on her.

And this brings us back to Charly. An eon ago by cat standards, her world disintegrated around her. Now, in this promising new summer, Charly echoes that promise. She is restored to health. She is beautiful. She is loved. The next thing in store for her will be the forever home that surely awaits a sweet, somewhat shy calico with ample proportions of white fur and snuggles to offer. We don’t know exactly what Charly thinks or feels, but her upwards tail, her darting away from veterinary staff, and her calls for cuddles give us good clues. Tabby’s Place is Charly’s place. She knows that.

We can’t explain what happened to the felines whose collapsed worlds have brought them to Tabby’s Place for restructuring and rebuilding. We can’t make them understand why they are housed as they are. We can’t share with them our dreams for their future and our hopes that Tabby’s Place is only a wayside inn on their journey to more love than they could possibly comprehend. It doesn’t really matter.

What does matter is that the aftermath of shattered peace is reconfiguring, adapting, growing, loving. The tremors that follow are the rumbles of earth-moving machinery that will make it all better. We may not be able to explain it, but that doesn’t make it any less true – not for them, not for us. We just need to remember that some tremors hold promise. So does a little bit of rainfall.