Donate
Verde and the hurdy gurdy 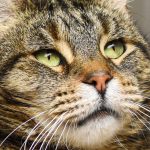 I am aware of at least four definitions of “hurdy gurdy.” (Perhaps you are aware of more. Let’s talk.)

Obviously, all four of these meanings pertain to one Verde Rosenberg.*

Verde’s name may mean, roughly translated, “the green, green grass of home,” but Verde’s soul is a many-stringed font of timeless balladry. With all apologies to the notorious hurdy gurdy man, it’s Verde who is very much the epitome of cranky strings.

This is not to say that Verde is cranky in the curmudgeonly way — far from it, although I am a firm believer that each of us contains an inner curmudgeon, forever shaking his fist and causing his wispy frizzy grey hair to wave, and, yes, for some reason he is always an elderly man, but I digress.

Verde’s crankulosity is of the music-making variety, be it ever so shy-eyed and green.

You can’t fault Verde for her tiptoeing ways (or anything at all whatsoever). Born outdoors, adopted but bereaved too soon, launched back into the wild, only to be cannonballed into the hurly-burly banana hut that is Tabby’s Place, Verde would have to be awfully green not to be cautious about life.

If life pre-Tabby’s Place was hardscrabble, the kind of experimental chaos-noise you’d expect from, say, John Cage or the Jonas Brothers, Verde’s lush new life is a melodic garden party, accompanied by a hand-cranked string instrument, but crashed by all the Muppets known and unknown, to say nothing of the miscellaneous vagabonds we casually refer to as “the staff.”

It’s a whole lot of life writ loud for one bashful brimful of a beauty.

Before she even has to handle humanity (and be assured, Verde spends five good minutes in bed each morning, staring at the ceiling and praying, “Help me to think charitably of those goofuses and doofuses today”), Verde meets the mondo music of her feline neighbors.

We’re speaking of Bianca, all assertive elbows and interpretive dance.

We’re looking at Dani, the ever-flowing, jazz-jumbled stripe of a sylph of an acrobat.

We’re talking Tux, the face that launched a thousand SnoBalls, the sharp-dressed man who never met a litter box he couldn’t spurn.

We’ve got all eyes on Pearl, sightless in only the physical realm, the embodiment of lightning that enlivens behind blurry eyes.

We — and Verde — are rich in the ridiculous, and the music gets loud around here.

Then, of course, there are the bipeds, hapless and noisy and heartfelt and squirrel-brained. We are valuable for the opposable thumbs that open cans, and valuable for the lessons in patience we force saints like Verde to learn over and again.

Sometimes we sing bad songs for our own selfish pleasure. Sometimes we are delayed in the delivery of fish mush and freeze-dried shnubbins that claim to be chicken. Sometimes we even reach directly to the top of the cat tree and PUT OUR HANDS UPON VERDE’S EMINENT HEAD, rubbing and shnoogling as though we have no control over ourselves.

(Hurdy gurdy honesty time: we do not, in fact, have control over ourselves.)

So if Verde waxes a wee bit wobbly when it comes to life’s strings, she has her reasons. (Let the record state that Verde insisted I write the following: Verde is in no way wobbly when it comes to life’s string cheeses. Bring forth all the string cheeses, even the questionable brands like Cheese Heads. Preferably to the accompaniment of the hurdy gurdy, or at least the timbrel.)

And yet, music — at least, any music worthy of the name — is rarely simple. Verde is by no means merely shy.

She may be quiet, but she raises the vibration of the entire room.

She’s the friend who will help you move, oversized couches around tight corners and all.

She’s the one who may not say much, but she hears everything. That means you can expect that she’ll have an entire case of Cherry Zero in the fridge for you, because she paid attention that one time you said it is the elixir of the just. (Which it is.)

She is, ultimately, the hurdy gurdy that gets us all back in rhythm in the Community Room, her round face an unbroken song of serenity. Her life has been hurdy gurdy; still, she faces forward with something that looks a lot like courage.

It’s not easy being green, harder still being verdant in a hard concrete world, but Verde will strum us where we belong, if we’ll listen.

If all else fails, I have it on good authority that the world’s most famous hurdy gurdy festival happens annually on Bastille Day. Shall we sally forth to Saint-Chartier next summer? Let’s go, amis.

Even the medievals are smiling across the veil at such a one as this.

*I will take this opportunity to remind old kittens and frighten newcomers with the fact that all Tabby’s Place cats proudly bear the last name “Rosenberg” until they are adopted. Actually, we continue to think of them as perma-Rosenbergs even then, but that’s between you and me.

1 thought on “Verde and the hurdy gurdy”