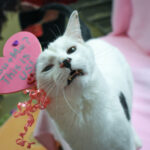 My husband calls me “Sarge.”

My “promotion” was a nod to the inappropriateness of the comparison, as well as how much work I do myself — getting my hands dirty down in the trenches with the rest of my tiny army of busy home-bees. (There are exactly 2 of us who do the work; the cats are no help and plead a lack of opposable thumbs. Slackers.)

It’s not so much that I bark orders, not really. It’s just that I’m an organizer and a doer, and I have a general expectation that I’m not in this alone. It seems I also give off a bit of a military vibe that some might call leadership and others might call bossiness.

I suppose I have an expectation of being listened to – I don’t mean obeyed; I mean heard and heeded. Recently, I have come to realize that I partially inherited and partially learned this from my father (not to give my mother any short shrift). And, it’s not my fault if others add weight to that expectation by assuming I “require” immediate action.

It all goes back to the Army and the way-before-I-was-a-twinkle time, when my dad was the Old Man in his company up in Tacoma. For reference, it was the mid-1960s, and most of the more experienced officers were overseas. This left my dad, a 24-year-old captain, in charge.

Fast forward about a decade, and my dad somehow maintained the misconception that his three children, wife, mother-in-law, two dogs, cat, and assorted aquarium fish could be guided much in the same way as a company of non-coms. The joke was on him. When I was old enough to understand, he explained that when the commander said, “Jump,” the appropriate response was, “How high?” This instruction generally came in response to some independently-minded kid (very often me) responding to a “request,” with a response on the order of, “I’m watching TV,” or “In a minute,” or “Do I have to?”

Not only guided by these direct teaching moments, I learned from my dad by example. When he really wanted to be listened to at home, the BIG VOICE came out. His rich baritone would boom from wherever he was in the house, and it filled the entire house. It wasn’t harsh. It wasn’t mean. It was VERY effective, mostly. (These days, I only use that voice to keep my cats out of closets. Astonishingly to my husband and the cats, they listen, mostly.)

Other times, usually when he was very angry with some intractable, unreasonable person, my dad would lower his voice in decibels as well as octaves. If you heard him say, “Look friend,” ever so quietly and in deep, rumbling bass notes, it was tantamount to every red alert klaxon in the whole universe going off at exactly the same time.

My dad knew just how to make himself heard. He expected to be heeded. (He got over the expectation of being obeyed after his three children, wife, mother-in-law, two dogs, cat, and assorted aquarium fish broke him of some of the expectations he learned in the Army). That is what I inherited and learned.

That totally does not work at Tabby’s Place, any more than it worked on a rambunctious 3-year-old who stomped her foot and told her mother, “You’re not the boss of me.” (True story. Somehow I was allowed to survive to tell it.)

Cats are even more independently-minded and rambunctious than any 3-year-old human person. Imagine the potential for chaos if all of the cats of Tabby’s Place concertedly mustered up a revolution, the likes of which would resonate through history, across America, overseas, and all the way to France?

There are over 100 cats at Tabby’s Place. That makes up the smallest unit of command in the ancient Roman army — a centuria. Can you imagine what would happen if they all decided that escaping their suites and lounges and offices was in their best interest? What if the cats of Tabby’s Place took over Tabby’s Place?

Do you believe for an instant that any single one of them would give any heed at all to any human, even one using the BIG VOICE?

You already know that herding cats borders on the impossible. How could any person command an army of cats, no matter how small? What drill sergeant could or would dare try to shake them into orderliness? What cat would tolerate boot camp or want to become a soldier?

Goose eggs everywhere. Not a single one of either species in any circumstance.

But, should the unlikely revolution occur, there is an alternative. In such an unlikely situation, we’d have to go to the dogs. No, not sea dogs, dog dogs. I would recommend herd dogs, maybe Australian shepherds or border collies. But, the point is moot.

Cats won’t heed a human barking orders at them, and there is little chance of them tolerating actual barking from actual dogs in any situation, but most certainly not at Tabby’s Place. And there is absolutely no chance that they’ll ever fall into formation or tow the line or become combat-ready, regardless of whether or not they are already warriors.

What cats will always do is maintain the expectation that they are in charge, that they deserve to be served, that they will be heard and heeded, and that there is no better place to be than where the creature comforts are plentiful. Just like me with respect to my dad, my mom, and my childhood, the cats at Tabby’s Place know they’ve got it good, and that’s something to bark about.

In loving memory of Dr. Dust