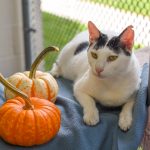 Imagine riding shotgun in a blue Ford Explorer on I-95 N, just past Exit 17 for Saugatuck, CT, with a live version of Misunderstanding by Genesis playing on Classic Rewind on SiriusXM.

If you’re of an age, or aware for other reasons, you might take a mental trip back to Live Aid, and Phil Collins performing at Wembley Stadium in London before hopping a Concord to perform in Philly’s JFK Stadium.

If your brain leaps around, connecting random and not-so-random-dots (I can’t be the only one!), maybe it then flits over to Queen and their MAGNIFICENT performance. Segue to Freddie Mercury and how, through the power of his energy and presence, he was able to get the entire audience to sing responsively with him through a simple tip of his microphone. No instructions. No bouncing ball to follow on a big screen.

It is entirely possible that Freddie Mercury was the zestiest creature who ever lived (although, that’s possibly Shakespeare. Have you read some of that stuff!?). He was full of zing in addition to zest, and he and his bandmates rocked us all. They reminded us that we are champions.

Cats – especially Tabby’s cats – are born into the knowledge of their own piquancy. Pepperoni is a spicy treat, and he knows it. No questions. No reminders necessary.

Siesta sings his demands for attention. He swirls to his own music. He deserves accolades and receives them as his proper due. No question.

In fact, visiting suite C, where these two winsome wonders reside, leads to encounters with the tangy twins from Oman, Mr. Thief and J’Happy. Those two need exactly zero help in powering up. CERN could take lessons in energy from them. No physics question.

But, even cats who are less obviously high energy than the tireless twins have all the zest anyone could hope for. Disco isn’t exactly running Studio 54 in the lounge, but she most certainly has more pizzazz than any outfit Elvis ever sported.

Indiana, meanwhile, curled up in his comfy spot in the Community Room, oozes nonchalance and quietude. He’s more the strong, silent type [Take a tip, Bosco: not every orange cat is compelled to micromanage every move that every human makes]. Daniel Craig, eat your heart out. No question.

And, let us not forget Valerie. Lady of the lobby. Val’s my pal. She’s a swell gal. Val is never testy and always very zesty.

The point is this (my ineptitude with rhyme notwithstanding): every day at Tabby’s Place, we mere humans are reminded of how important it is to come at life with energy.

We are nudged at, hinted at, and yowled at to do more, be more, than we might ever have imagined we could.

With cats pointing their whiskers our way, we join in a beautiful give-and-take (mostly giving treats and snuggles) that enlivens us and helps us fulfill a greater purpose.

We are given the gift of zest, which we can then sprinkle liberally all around. No question.