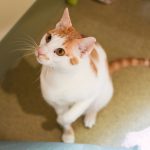 As I type this post, the world is on fire.

The night seems so long. 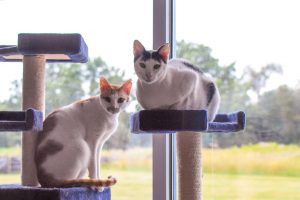 Every age has its agonies, and I’m a stubborn disbeliever in the theory that the world is always getting worse. But some days of darkness seem deeper than others, and I think we’d all agree we’ve been dosed with a doozy this last year-plus.

Cats cruise this creaturely life along with us, and they know their own dark nights. But cats — and here I gape in wonder at how anyone endures Times Like These without cats — keep serene in ways we scarcely glimpse.

Cats — individually and collectively, utterly personally and unfailingly universally — remember that every night knows exactly when to end. 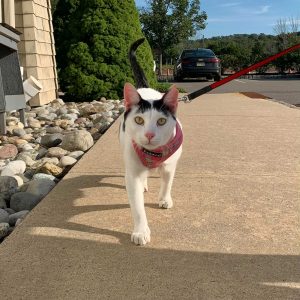 Cats don’t worry over the wheel the way we do, forgetting over and over and over again that it does turn, that morning has yet to fail, and that there are stars along every side road, no matter how weary.

The cats who might seem the most daftly dunderheaded are, in fact, our soaring savants here. They’re the ones who see the wheel, the night, and the mystery and say, “let’s ride!”

The vicissitudes of life followed Mr. Thief and J’Happy across two continents, but all these pinwheel-eyed zanies ever saw was a Ferris wheel.

Oblivious to anything but their own bliss, they were frankly the two highest-energy cats we had ever encountered. 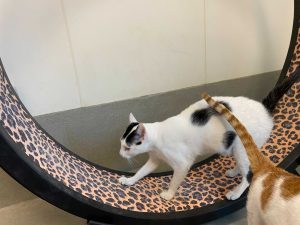 Energy of this intensity could render fossil fuels, espresso, and sanity simultaneously obsolete.

But remember that these were two small, spaghetti-legged cats called upon by God or fate or the universe to survive a hardscrabble adolescence in Oman, only to literally cross the sea to New Jersey.

They escaped the fear and sorrow that might mangle lesser creatures (you, me, Guy Fieri, the Joint Chiefs of Staff). 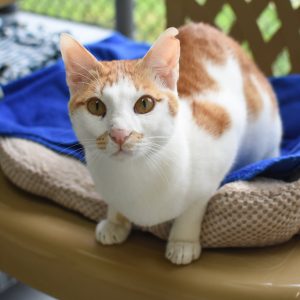 They escaped the self-pity that strangles joy.

Their zeal made them sturdy, if not sane. The wheel became their toy. The night glittered and winked, and they winked back.

It’s fitting that, today, they whirl and wallop life with wonder on a literal wheel. Built for a cat or a hulking gerbil, it’s simultaneously a carnival ride and psychological salvation. On the wheel, they wield their power and work out their worries. On the wheel, they remind us that spinning can be sacred, silly work (and more sacred because silly). Someday, when adoption calls at last, the wheel will journey home with them. (Attention all potential adopters: if you have always dreamed of an enormous wheel and are willing to accept two cats as its accoutrements, call us.) Simultaneously oversized hamsters and undersized sages, the Brothers Bad have done good for themselves. 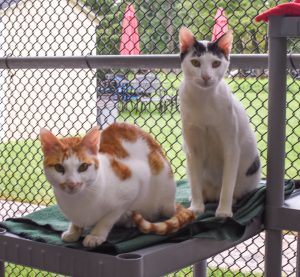 Every night knows when to stop.

Every wheel knows how to spin homeward.

And even Times Like These twinkle with tenderness, if we’ll keep scanning the skies, squeezing each other’s hands, and stubbornly insisting on shining. If we can’t see the light, we’d best pick up our torches and find each other in the darkness. We always will, you know.

PS apropos of nothing: Even this cockeyed optimist must admit that some recent world events may qualify as “signs of the apocalypse.” For instance, Angelo weighing in at under 15 pounds for the first time since he was in utero.

Epilogues: January 2022
We are all Crime People
Guest post: Catscape
Guest post: A peel or appeal
Apex predators in your pond

1 thought on “The wheel”