Donate
We are all Crime People 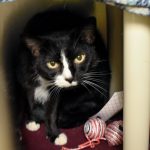 It’s not an election year (saints and angels be praised), but we’re always at an inflection point.

Will we draw angry chalk lines on our driveways like petulant children, or will we remember that there’s no such thing as “them”? 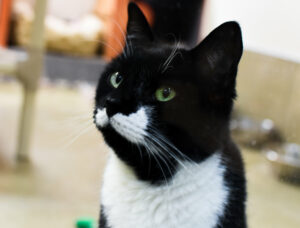 You and I “know” that there are different groups of people.

In the space it takes to eat a Tic Tac, I’ll bet you could tell me five different circles of unsavory characters who you wouldn’t trust with your cat or your kid or your country. You know: Those People.

We lay down this “knowledge,” at least in word and symbolic deed, during The Holiday Season, but the truth is we haven’t unlearned how to constantly classify each other. We know what we know, so the story goes, and we arrange our lives accordingly.

But this is a “knowledge” of which cats are entirely ignorant.

You’d think Ralph and S’mores would — perhaps should — have closed all doors to the cobwebby castle called Trusting Human Beings. Adopted during the first Obama administration, they were suddenly spooned back into our bowl in 2021, skinny seniors with a lot of loose yarns in their blankets of body and soul.

You or I might have quietly decreed, “OK. ‘People’ clearly fall into the class of ‘Those People.’ Do not trust ‘people.’ Do not buy their wares. Do not give your heart at any price. Line drawn. Love withdrawn. QED.”

But Ralph and S’mores know nothing of such machinations.

On a different floor of the same soul-skyscraper, you’d think Carrot would — perhaps should — have witnessed Wilbur‘s wildness, seen his stampeding wrath, and decided, “that dude’s on the other side.”

Such a lumbering lout of infinite unpredictability was surely not the kind of fella with whom one could sit down and rationally discuss differing opinions on socialism and George Clooney and the delicate pleasures of rendering beat-downs to smaller cats. Right?

Only if you’re thinking humanly, which Carrot, blessedly, is not.

Accordingly, he and Wilbur were last witnessed debating the merits of candy corn (let the record show that your hapless writer is an unrepentant fan who will proselytize you into loving this tricolor triumph against your own will).

Then again, candy-colored Carrot is not the kind of cat easily candy-cornered into any triangle of terror. If you’re breathing, you’re worthy of full welcome into the Carrot Kingdom.

Even if you’re a good ol’ boy like Wilbur.

Even if you’re a humanbean who will let everyone down on occasion.

Especially then. (With all apologies to his own species, Carrot likes ours best.) 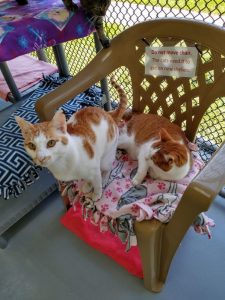 Carrot and Ralph and S’mores and the whole mystical horde of them know what our “knowledge” obscures: there is, in fact, no “them.” We can draw all the lines we like, but the snow will fall like laughter and melt them away.

Speaking of laughter, not even children are immune to this laughable line-making. When I was five or six years old, my family once drove by an extremely large cavalcade of folks on motorcycles. (My memory insists it was several thousand, but it might have been eleven.) Apparently, upon beholding this astonishing sight, I cried out, “CRIME PEOPLE!”

After my parents reconstituted themselves from disintegrating into laughter-bits, they asked why on earth I would say such a thing. As the story goes, I referenced that most informative and educational of films, Pee-Wee’s Big Adventure.

Already, I’d gotten ideas that no cat would countenance.

Already, I was “themming” other creatures, who I could surely love instead.

But in this season, with its strange and mysterious holy openness, I want to stop it.

I want you and me and the cats to show this world the outrageous wisdom that outstrips all knowledge and builds a beloved community called “us.” 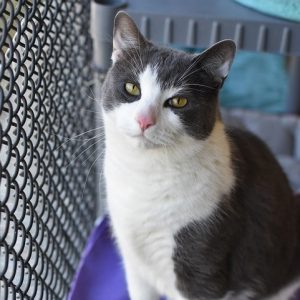 If I’ve succeeded in any way at Tabby’s Place, it hasn’t been to raise money (for which I thank you all) or to write vast pages of frippery. It’s been to try — haltingly, faultfully, agonizingly imperfectly — to play my microscopic, mitochondrial part in building a community of love.

This is the big adventure worth our lives.

But I’m gonna keep telling you — with the help of Carrot and Ralph and Wilbur and all the cats and saints and angels — that there will always be a place for you at this table.

I’ve set my hand to that plow for as long as there’s breath in my body. 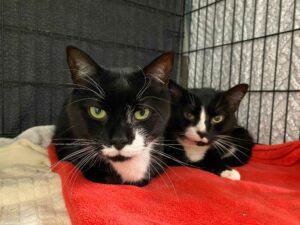 Now pick up a cookie and throw away your chalk.

1 thought on “We are all Crime People”