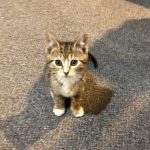 They even hold an annual mushroom festival that, “I swear I’m going to get to this year,” except not this year. (It was canceled in 2020, and I’m not planning for Labor Day weekend yet, even if…even if). 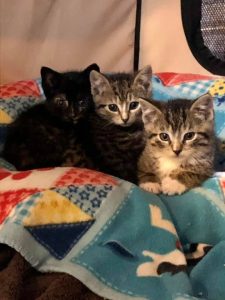 Whether or not they are worthy of a festival that dishes out such delights as mushroom ice cream (insert quizzical look here), mushrooms are fungi, and fungi are interesting. Maybe fungi are not as interesting as slime molds (yours truly holds a definite and strong opinion on this point), which can move, but fungi, such as mushrooms thrive in mysterious, dark, dank places.

This last point makes one wonder about the ‘shrooms of Tabby’s Place. By all reports, Portobello, Maitake, Cremini, Chanterelle, and Porcini are thriving…in the light, out in the open, where they can be seen eating, playing, growing, and having a grand old time exploring the world.

This would defy logic if the flavorsome felines were actually destined for a soup pot (metaphorically, a hot and sour soup, or a Philadelphia pepper pot for sure). Rather, these little dudes, though the cream of the soup, er, crop, are fated to be fabulous, fun, furry friends for some lucky forever home.*

We hope to send them on their way soon, all the while hoping that maybe someday we’ll have Woodear, Straw, and Button to bring to the table.

*Editor’s note: Fait accompli. In the time between Kitty’s penning and your perusing of this post, the ‘shrooms have shot out the building into adoptive homes, toadstools of triumph all. XO, AH