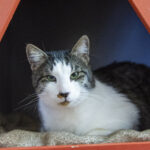 That little creature’s rest cycle was high-speed and dizzying, yet it did rest between munching mouthfuls of grain.

There are no other creatures on the entire planet that need to codify rest. For some reason, we need to grant ourselves permission to do this thing that every being needs to do in order to survive. Most religions have a day of rest. Many countries have laws limiting labor demands such as minimum working age, 40-hour work weeks, and paid vacation for full-time employees. Most European countries really get that last bit right. Ever try to do business with someone in France during Août (August)? They’re all “on holiday,” or, in other words, resting.

In other places, not naming names, rest and vacation are disdained in favor of more work, more business, more labor, more toil. People don’t even follow their own rules, especially where sleep is concerned, so now we have sleep studies, sleep centers, sleep disorders, and so forth, and that’s despite both religious and secular regulations for rest.

Cats scoff at us.

No cat has ever in the entire history of all cats ever in all of catdom (including the exoplanetary source of the mothership and their entire extraterrestrial history) required rules, regulations, or religion to prioritize rest.  Even the very laws of physics apply differently to cats than to all other creatures in all the universe.

Take Newton’s 1st Law of Motion, which we know as Inertia. It can be boiled down to this: An object at rest will stay at rest, and an object in motion will stay in motion (unless acted on by an outside force). For cats, the first law of inertia reads more like this: A cat at rest will stay at rest until a case of the zoomies kicks in (usually around 3:41am on a weeknight), and a cat in motion (i.e. afflicted with the zoomies) will stay in motion until it is suddenly, and without warning, time to utterly collapse into a pile of purry gooey goodness (no outside force necessary).

The key point here is that, no matter the situation, cats are forces unto themselves, yet they always know when to stop and rest. Also, cats excel at rest.

Tabby’s Place cats are among the best resters in the world. Offered a lap — or a foot, in Ralph’s case — a Tabby’s Place cat will happily snooze away until the owner of the proffered cuddle spot absolutely must disengage or risk incurring the wrath of famished felines awaiting dinner.

Entire suites of cats can be found dozing, as if the ubiquitous alarm clock snooze button were glued down. And, even when alert, a cat like Addie still manages to rest comfortably and be completely at ease.

Cats are so good at sleeping, there’s even a Tabby’s Place cat named for an afternoon nap. (Point of note: Siesta is one of many cats that can put legs to sleep.)

If there is a moral to this story, or to physics, or to anything at all in particular, it is this: we need to rest.
Good news! Summer is coming. Hopefully, we can all take some time to emulate the cats of Tabby’s Place: find a nice spot, keep a cool drink nearby, and rest easy in the sunshine.
guest post Siesta