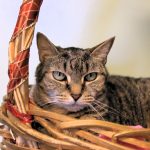 There are, as Paul Simon sang, angels in the architecture, especially right now.

Skies of heavenly hosts, over mangers and strangers, under trees and eaves.

Angels festooning the firmament of your own soul.

Every December, without fail, they sing a little louder than usual. 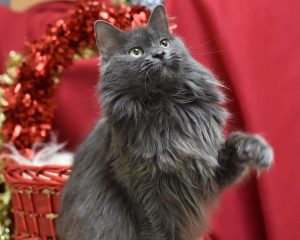 Whatever your religious or secular swayings, we’re all caught up in the cauldron of tenderness and nostalgia right now, are we not?

As reliable as the staleness of Advent calendar chocolate; as sure as the solstice; as steadfast as the turning of church vestments from the green of Ordinary Time to pensive purple…the shortest month crowbars open our longings and our hearts, like it or not.

It’s easy to ache so exquisitely, you forget how to breathe.

When the angel singing you to sleep is Mary, one of the truest friends you ever knew, it’s easy to want to clap your hands over your ears and forget the ache that had settled to a simmer, only to bubble over and flood your soul’s kitchen all over again. 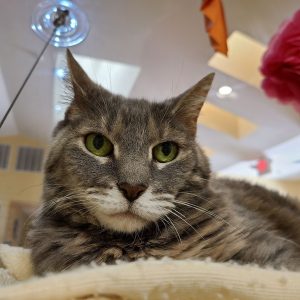 When the angel who arrives with a candle and big-as-ever eyes is holy Heather, it’s easy to run down the hallway of your heart hollering “no, no, no, I can’t cry for you any more!” even as your tears race alongside you like streamers.

We fear our grief.

We don’t know what to do when it reemerges this time of year, with other questionable things like green bean casserole, and the debate over whether or not Die Hard is a Christmas movie, and the giving of gag gifts. (Let the reader understand: there is not a soul alive who needs another set of cat butt magnets or passive-aggressive Post-its.)

We forget that grief bears gold, frankincense, and myrrh.

We forget that we’re borne along, even when the unbearable — the very same unbearable we thought had shrunk to survivable size — roars.

Loving cats alongside you, I am no stranger to the strange decision to give my heart to creatures I know will crush me, creatures I am certain to outlive (barring my own being crushed by a Hess truck filled with cat butt magnets).

When you’ve loved as deeply as you and I have loved, grief is never fully gone. It’s a magnet for the darkest month with the most hope-filled holidays. And it’s a gift of its own, if we’ll receive it.

Next June will mark a full decade since Webster crossed the veil. I’ve been without him far longer than I was ever with him.

But I tell you — and I know you understand — that there are still days, especially when the air is thin and the bells are ringing, when I miss him so intensely, I feel like I need an oxygen mask.

I’m of the belief that each of us has several soulmates over the course of our lifetime: ideally only one romantic one, but numerous others of multiple species, if we’re lucky, and most of us are luckier than we stop to think about. Webster was undoubtedly one of mine. From the month we met, our souls sang each other’s secret carols, each to each, and they didn’t stop until the darkest day of the longest month of the year in 2012.

Sometimes the music is so intense and personal, my head tries to convince my heart to simply shut down. Tune out, turn off. She (head) will go so far as to threaten to kidnap my soul and spirit and pancreas and amygdala if she (heart) won’t relent.

There are ways of relenting, but they are dangerous and unwise and sadder than all the grief that ever wept like sap from all the evergreens in all the forests. I have witnessed attempts to prevent grief, and all they leave is a gasping void. 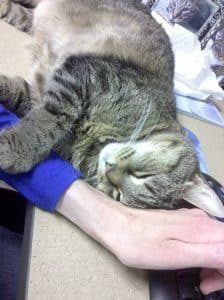 Case in point: my high school best friend, an adolescent ringer for George Costanza. He was brilliant and spark-pluggish by a dozen definitions and given to singing Creedence Clearwater Revival songs softly in the back of our Chemistry class. We were inseparable, mutual therapists and inspirers of feats of ridiculousness. He read my (very poor) teenage writing with a very generous eye; I counseled him through the atrocities of many ill-advised relationships. I thought I would be his sibyl and hype-woman all the way to the nursing home.

But shortly before graduation, he unceremoniously told me that he considered all of his friends to be “interchangeable,” and he was “moving on.” He fell off the map. I pray and believe he’s still singing and sparking and sparkling now. And I understand now that his snapping our bond like a candy cane was a form of foreclosure. His heart was breaking. He couldn’t take us with him, so he wouldn’t take us too seriously. At least, he’d convince himself as much. 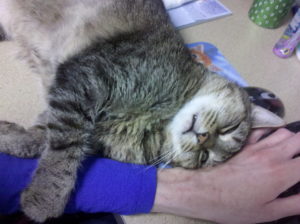 But far better than convincing is cooperation with grief.

Foreclose, and you forestall the friendships and infuriations and sorrows and songs that will surround your soul with angels and give you strength and mercy when you forget how to ask for them.

Shut the door, and you miss the music just three feet down the hall.

Protect your heart, and you will walk this earth alone, something no creature, neither cat nor human nor even congressperson, was created to do.

And here’s grief’s secret: the more you surrender to love, the less you will ever be alone.

In the hour when the ache threatens to tear the final fibers from your quilt, the sky fills with angels.

The ones who are gone are not gone. 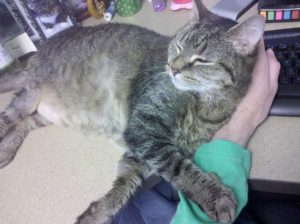 The community we once held in our arms is holding us now.

Here I bow to my hero and homeboy Henri Nouwen, who writes: “Those you have deeply loved become part of you. The longer you live, there will always be more people to be loved by you and to become part of your inner community. The wider your inner community becomes, the more easily you will recognize our own brothers and sisters in the strangers around you … The wider the community of your heart, the wider the community around you.”

And perhaps that’s our best way through December’s dance of darkness and light. 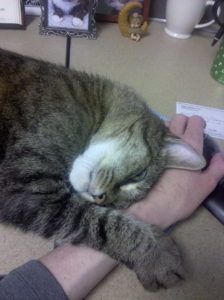 We’re called to keep acquiring love and delivering it down every chimney.

We’re commanded to keep believing that we have years and beloveds and even soulmates yet to cherish.

We’re held and borne and beloved beyond our wildest imaginings.

So I’m going to love on the strength of ever-present angels. I have my Webster and my Grady and my Daddy and my Grandma and Grandpa, Henri Nouwen and Dorothy Day and Tashi and Tony and Thomas Merton, C.S. Lewis and Lily and Erin and Mary and Mozzarella and St. Therese of Lisieux and John Candy and Padre Pio, and we’ve barely just begun.

Consider your own inner community. 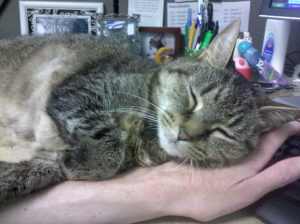 The villages of angels within us are caroling us onward to greater love, greater courage, greater surrender to the grand mystery of how grief turns to gratitude in the alchemy of December.

And so we mourn and grow and wait for the candle to be lit that promises us that we can endure the cold.

Gaze into that light long enough, and you’ll realize it isn’t so cold, after all.

The whole community is with us, kittens. Let’s carry their fire forward. This Decembered world needs us.

2 thoughts on “Carry the fire”