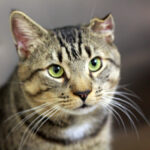 One of the greatest moments of my life is recreating itself as we speak.

No one should be so lucky as to live through this twice.

But then, no one could ever deserve the delight of knowing Crinkle Bob. 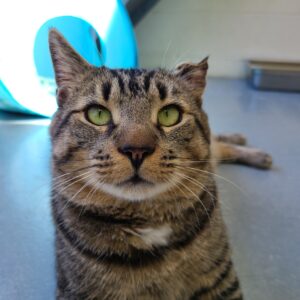 When I was eleven, I went through a peak experience so transcendent, it’s difficult to speak of even after all these years.

In short: I heard the song Convoy for the very first time.

The song was older than me, and it burst upon me like the world’s first dawn. If you have not yet experienced this for yourself, nothing I can write will do justice to it. But I will try.

Convoy is a song about a very large number of truck drivers who spontaneously decide to ride in a very large line for a very long time.

That’s it. That’s the song.

I’m leaving out one critical piece: this random ride is synchronized through the magical technology of CB radio, allowing individuals named Rubber Duck, Pig Pen, and “eleven long-haired friends of Jesus in a chartreuse microbus” to communicate such important matters as “we just ain’t a-gonna pay no toll” and “catch you on the flip-flop.”

Anthropologists and theologians will never unfurl all the secrets of Convoy, but the scientific consensus is clear on this point: the song was a prophecy, and it foretold the coming of another C.B. radio. 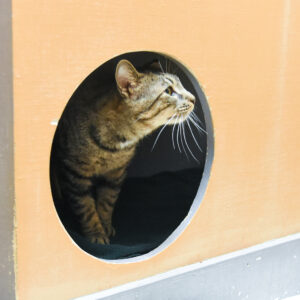 On the freewheeling truck that is Tabby’s Place, Crinkle Bob is the DJ, the driver, and the Rubber Duck who keeps more dunderheaded fowl in a row. (I refer, of course, to the humans.) He is the radio tuned to heaven’s music; he is the rapscallion who knows how to evade tolls and trials and turkey sandwiches that have been sitting out too long at Wawa.

He is the Communicator in Chief in a room that’s sometimes reduced to static.

We shouldn’t be too hard on the boys of Suite FIV (and they are, save for one saintly-patient Audrey and one fine Fergie, boys: not cats, certainly not men: boys). They’ve thundered down roads so ragged, it’s a wonder their wheels are still intact. To have FIV — feline immunodeficiency virus — generally means that you have been bitten with great force by some gigantic jerk, leaving your immune system standing but shaken. You’re forever changed by the encounter, a little more susceptible to colds, a little less susceptible to adoption, and yet a little more of a force to be reckoned with than you were before.

Make that a lot.

It’s been our consistent experience at Tabby’s Place: what our tattered travelers lack in immune perfection, they supplement in swagger.

Taken to Spaghettish proportions, this swagger could fill an 86-truck convoy, bending every axle under the sheer weight of all that self-confidence.

Delivered Doby-style, this swagger could shout through the static on every radio from Ringoes to Romania, leaving perplexed persons of every species hearing, “this is Do-Be-Do-Be-Do asking everyone on the road: let them truckers roll.” (Except he’s not “asking,” of course.)

Rolled out by one Rawlings (recently adopted), this swagger could steamroll every smidge of solemnity and seriousness that ever slithered the streets, making roadkill of decorum and painting every mile marker magenta with laughter.

They’re a cackling caravan of colossal egos, defying their disease and the better part of sanity.

They make the world a better, battier place.

They welcome every living creature into their ever-growing procession.

They have no intention to pay tolls or tribute to worry. Their diagnoses are diesel fuel for the decision to live full-speed. Their janky histories jangle from their pockets like Superman keychains.

They are rolling across Tabby’s Place country at breakneck speed, and they just might heal “healthier” creatures.

But only if they listen to the leader.

Fortunately, this convoy has a capable captain.

Fortunately, the front cab is occupied by affection incarnate.

Fortunately, the man — not a boy — with the radio firmly in hand is one Crinkle Bob.

If you’re wondering how Crinkle Bob got his name, the answer is “not even the Smithsonian, the Pentagon, and the Vatican know for sure.”

If you’re wondering why Tabby’s Place kept Crinkle Bob’s name, the answer is “anyone who changes the name ‘Crinkle Bob’ is unworthy of a truck or a Toaster Strudel or tenderness itself.”

If you’re wondering why I’m referring to Toaster Strudel when cats care little for carbs, the answer is, “Crinkle Bob is in the process of inventing an all-tuna Toaster Strudel, and has already been awarded a MacArthur Genius Grant for his prototype.”

But if you’re wondering why Crinkle Bob is the C.B. Radio of righteousness in our realm of rapscallions, the answer is easy: Crinkle Bob is simply the kindest creature who ever ruled the highway.

Crinkle Bob, who needs his bladder expressed daily, is in the business of meeting everyone’s required daily dose of nurturing.

Crinkle Bob, difficult to adopt, makes all the boys and girls and cats and kittens feel easy to love.

Crinkle Bob, run over by FIV and spinal injuries and circumstances that should take the toll, ain’t a-gonna pay no toll to self-pity.

Not even Crinkle Bob’s own ear can get close enough to his heart. (Most crumpled cat-ears are the result of a past infection or injury. Crinkle Bob’s is the result of an earlobe wanting to hug its owner.) Can you blame it? Once you’ve encountered grace of such greatness, all you want to do is ride by his side forever.

He’ll turn your sadwagon into a chartreuse microbus.

He’ll turn the mirror around until you see your crinkles and crumples and questionable bathroom habits as no barrier to being beloved.

So turn up the volume, and hear one C.B. radio call out, loud and clear, “We’ve got ourselves a convoy, but it’s not complete without you. Now scratch my chin and hold me close for the next 400,000 miles.”