Donate
Be the creature 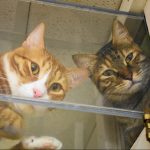 I am generally of the opinion that it’s best to be the sea.

But sometimes, you gotta be the creature. 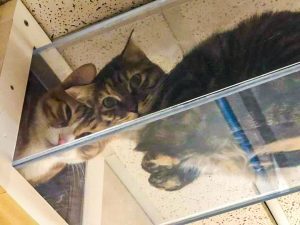 Life for cats and humans and naked mole rats is difficult.

We’re at our best when we can gently cup each other’s faces, smelt ourselves into honey-maple tenderness, and go with each other’s flow.

Think of the angry cat or angry in-law in front of you as a large sea creature; you can contribute considerable calm to the situation just by becoming water. See the sorrow or the scaredness behind the posturing or pontificating or growling or grabbing; empathize to the depths of your inner ocean; flow.

If we all did this, all creatures would come to great peace. 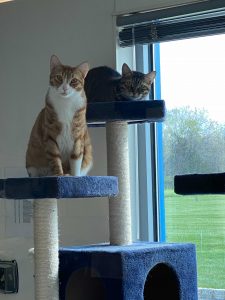 The sea can lift the sinking one. The thin faucet stream can raise or lower a whole body’s temperature.  The river can smooth jagged rocks into smooth, soothing worry stones.

It is good to be water.

But sometimes, mere earthbound beasties that we are, we have to be the creature. And sometimes, it’s far harder to accept that we need accommodation, we need special treatment, we need other waters to bend and wend their way around us. It’s a humbling thing to be the center, the disruptor, the creature.

Unless you’re a cat.

Although cats outdo us in waterlike grace, they have no pride when it comes to being the creature. To clarify: cats have infinite pride, bravado, and self-esteem so esteemy it steams up the whole room. The form of pride they lack is the snaky, subtle, ego-gurgling stuff at which we excel. 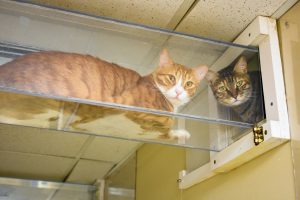 Cats are as calm as a platoon of Pisces when it comes to needing others to flow around them. You might even say this grace runs in families. It’s one of the many gifts Iris passed along to Nemo when she brought him into this world several thousand miles and several lifetimes ago.

Our Lebanese mother-and-son combo are very much the creature(s) in need of gentle waves and flexible accommodations.

The sainted rescuers of Animals Lebanon warned us that these two wide-eyed wanderers were attached. No such warning was needed. The family of two arrived all entangled and enmeshed, creamsicle son and toffee mama clinging to each other in body and soul. 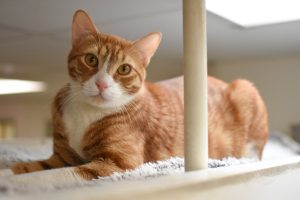 Accommodations would have to be made. The Tabbiterranean Ocean would have to part around the two-headed creature that was NemoAndIris.

When you’re a sanctuary for approximately 120 cats, you’re perpetually playing games of Feline Tetris and/or Jenga, as the case may be. Each suite can only house so many cats; each cat has un-shy preferences about all other cats; cats who hate cats and cats who love cats and cats who hate and love specific cats all call for calm cruising on the part of the humans, who are forever rearranging and accommodating and stacking cats. 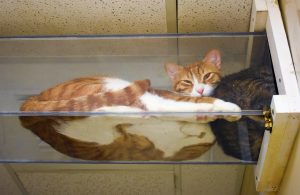 So when we get two cats who are glued together, like anxious mollusks hiding behind the coral of their love, we must flow.

Nemo, with his fishy name and his clownfish colors, was immediately a little more open to the concept of flow-going than his mama. He liked us, at least sometimes; petting was possible; those wary eyes softened when the seafoam and the season and the state of mind were just right. 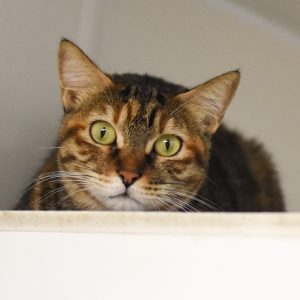 We can’t help but do the latter — to cats and to each other — but we can make the changes as water-gentle as possible.

And so we continue to flow.

The creature with two heartbeats, one family tree, and a thousand thousand questions about this weird new life (was Old Jersey superior? what’s with the egomaniacal Persian in the tiny socks? why do humans smell like Fritos?) will sail our friendly seas as long as they need.

We will bend around them.

We will part the seas for their peace.

And maybe — if we’re catlike enough to learn — we’ll remember that it’s OK to be the needy, inconvenient, show-stopping, cherishable creature ourselves, too.

Maybe the sea will gently place us all ashore together.

Maybe we’ll all freely need each other, laughing as we pass warm plates around love’s table.

Be the sea. Be the creature. Be at peace in your needy belovedness.

One trembling two-cat family is counting on you.