Donate
Guest post: Dragons! (and why everyone should have one)

Tabby's Place > Blog > Guest post: Dragons! (and why everyone should have one)
By Kitty Le Fey
1 Comment
Uncategorized 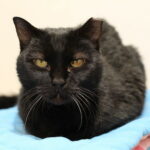 Animated feature films run the gamut from inane to amazingly insightful and surprisingly realistic. They can be nauseatingly sweet. They can be heartbreakingly moving.

Sometimes, one can be uproariously funny, or bordering on wildly inappropriate for the usual animation audience. There is a time and place and appropriate age group (3-30; 5-50; 70+, 9-90; 1-101;) for every kind. Sometimes it’s a matter of mood; other times, it’s a matter of what is easily accessible online, on demand, on cable, or, ASTONISHINGLY, on TV.

Among cat lovers, one film rises above all — even above questionable hits such as Garfield, and classics such as The Aristocats. THE ONE is, ostensibly, about dragons. Sure. Dragons.

How to Train Your Dragon is very much an exercise in learning about how to “train” cats. It is also an excellent guide to what not to attempt with a cat, like trying to feed a cat (a tiny fur dragon, right?) smoked eel. (Arguably, one should never try to feed anyone smoked eel. Smoked just about anything else is wholly sanctioned, but not eel. However, eel that has been grilled, broiled, or toasted – generally, how a sushi chef would prepare it – is all kinds of marvelous. Green Dragon Roll, anyone?) 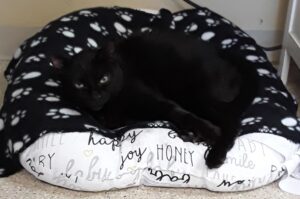 Now, if you’ve never seen How to Train Your Dragon, I recommend stopping here (spoilers!) if you haven’t.  No rush. Take all the time you need. Everyone else, no harm in another viewing. G’head.

Wasn’t that fun? Are you ready to roll?

Okay, so where were we? Oh, yes, cats and dragons. One word: Toothless.

Many of you are all too familiar, Wiccan or not (see what I did there?), with black cats. Many of you must have noticed a few peculiarities about Toothless. Toothless is, in real, true fact (as far as fact goes with a mythological creature in a fictitious film about things that are highly unlikely to have actually happened), a black cat. There’s no mistaking the pounce, the bounce, and the night fury of it all. There’s even behind-the-scenes footage to prove it. 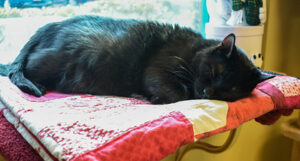 (Aside: I once knew a black cat named Dragon, who lived in Beaumont, TX. He was a wonderful semi-feral that scared everybody except his family and me. We got along famously, mostly because we accepted each other as is. Digression complete.)

Beyond representing the essence of a black cat, as was so beautifully done in How to Train Your Dragon, capturing the physical likeness of a black cat is no easy feat. It is especially difficult given that cameras are limited in their ability to distinguish between black shadows and black cat fur. Cameras are also limited by the ability of the people taking the pictures, and the qualities with which they (the cameras, not the people) are afforded by their various and sundry parts. This is a shameful failure, since black cats should be celebrated so much more, regardless of how much is already “out there” or how well their environment provides contrast to enhance photogenicity.

(I thought I made up the word “photogenicity,” but Google Docs didn’t even take a single stab at trying to auto-correct me! Who knew? Photographers, no doubt.) 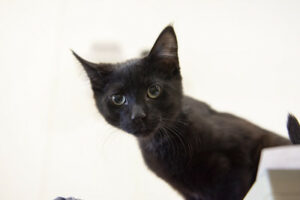 Witness the challenge experienced by yours truly, and presented as evidenced in two of the photos accompanying this meandering blog. Fenek is a stunning creature. Every inch of him is pleasing to behold. It is my personal shame that I have so much difficulty bringing his beauty to you. Luckily, our beloved sanctuary is graced with dedicated volunteers whose talents and tools (actual not-smartphone-addition cameras!) far outstrip my own.

But, it doesn’t require a camera for us to know just how marvelous are the denizens of Tabby’s Place and their brethren beyond the sacred harbor. Our direct interactions with the cats remind us daily. Barring that, their total social media take over is proof enough. Barring even that, search for the phrase “cat movies” and you’ll find an impressive list.

1 thought on “Guest post: Dragons! (and why everyone should have one)”