Donate
My pet monster, part I 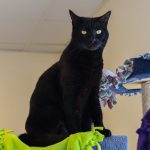 Did you know that, in terms of taxonomy, every amiable, shaggy individual on Sesame Street is a member of the genus “monster?”

Marcia has never lost sight of this fact, and she meditates on it. Daily. 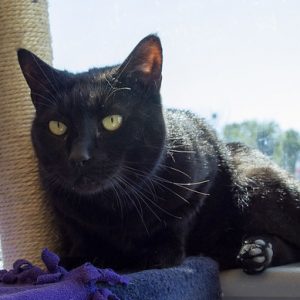 Even those intricate individuals who inspire the use of words like “chomp” and “monch” and “New Jersey’s first recorded mountain lion attack” in our behavior logs are not regarded as monsters.

But maybe they should be.

On Marcia’s first spin through our suites, she was small enough to remember that “monster” was a term of endearment. No more than a pinch of pepper, baby Marcia delighted in her powers as only a kitten can do. When you’re small enough that you know you can’t contain all the life thrumming through you, you’re also large enough to let it out.

Let it make you wild.

Let it make you creative and destructive. (Do not attempt to explain the alleged difference to a kitten. Simply call her “Boss” and sweep up the shattered knick-knacks and grated documents and half-decapitated plush Grover.) 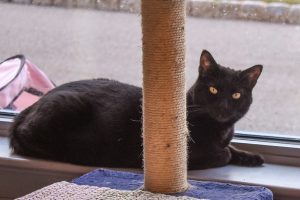 Let it make you free to soar and roar as a kind of living “thank you!”, combined with an all-caps “HOLY MOLY!” to the world that has just recently welcomed you, a world that is simultaneously too good to be true and too lonely without your personal brand of mayhem. Monstrosity. Holiness.

No less can a kitten hold back her zest than the seasons can restrain their secrets. Like wind and snow and whirligig orange leaves twisting into tiny crisp tornadoes just because they can, every kitten is obedient to her pact with the universe.

They are, at this age, “little monsters.” But it’s not their littleness that makes their monstrosity okay.

To be continued tomorrow…

1 thought on “My pet monster, part I”