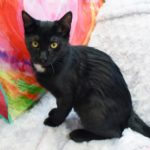 Is there anything more that really needs to be said? There must be, otherwise we’ve been wasting our time with Felis Catus, and that just isn’t possible.

What does ring true, however, is the idea that cats really are as straightforward as they seem…at least, at the individual level. Collectively, cats are a panoply of beauty, a diversity of personality, and a source confusion to those humans who don’t speak catonese. None of that is their problem.

Cats don’t sit around wondering what to do with their day. Cats just do what they do whenever they do it. They cat. They are cat. Cat because cat. Allow me to elucidate. 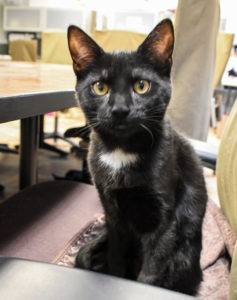 You will not catch Lexi pouring through a lexicon having concluded that she must expand her vocabulary post-haste. She speaks perfectly clearly. Her enunciation and pronunciation are superlative. Lexi is cat.

Elijah won’t be caught with blueprints of the human body as he tries to determine which part is best for licking. Nope. In the moment that a human body part presents itself, Licky Licktakamous carpit partem corporis and licks ad nauseam. Elijah is cat.

Unlike your humble author, Cicada (pictured here in the pictures not picturing a cicada) will do no research into her namesake arthropods. If Cicada gets the opportunity to dine on cicadas during an emergence, then dine she will. Otherwise, Cicada will go about being Cicada without any thought about cicadas, be they annual or periodical. (You’ve been told before, Kitty is GEEK, so here‘s some cicada news that won’t interest Cicada in the least, except by chance occurrence, as previously indicated). Cicada, with a capital C, is Cat. 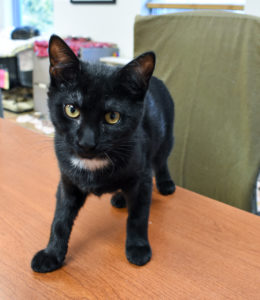 I presume my explication has provided sufficient clarification to ensure your comprehension. In case that is not the case, then allow me to further summarize: Ipso Catso.