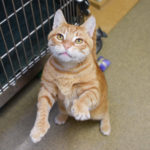 We live in a time when it’s utterly unremarkable, coolly commonplace, to scroll past headlines like “How Hatred Came To Dominate American Politics” and “A Caterpillar With Vomit-Inducing Poison Fur Is Taking Over Virginia.”

I think we’d best get cookin’. 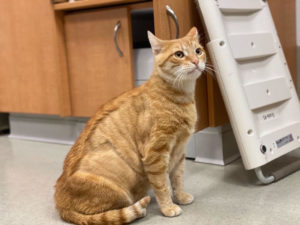 Although this time is unforgettable for many wrong reasons, it will also — if we’re wise — be remembered for many great gifts. High on this list would be one Burger Rosenberg.

Burger burst onto our scene amid a rising tide of summer-orange cats. But far from being unremarkable, the so-radiant-he-looks-radioactive cat was an immediate standout.

I wish this were solely because he is sweeter than 450 pumpkin pies (to say nothing of 2,000 chocolate bars). Alas, the fast foodie was wandering this world with a Whopper-sized wound. 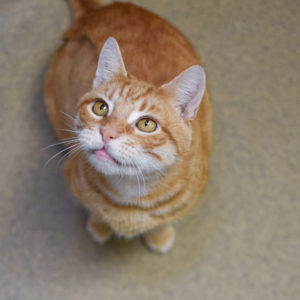 “Alas” quickly became “alack” when the wound turned out to be a tumor. It was all too cruel, all too “2020.” Burger was young, and deliciously delightful, and too full of life to be deep-fried by the fight of his life. The tumor took the wind out of all of us, leaving us without an appetite and without an answer for the cruelties that seem to just keep coming.

But nobody told the tumor one key fact. It was, in fact, Burger Time.

History has yet to tell us what 2020 will be most remembered for from its buffet of shame. But, with the help of hindsight, we have enough distance to recall the key event in the year 1982. Obviously, it was the creation of the arcade game BurgerTime.

Although I was all of one year old when this auspicious event occurred, BurgerTime was powerful enough to cast its savory shadow across the ’80s. As I recall, the object of the game was to successfully make a quota of hamburgers while avoiding — and this is key — “enemy foods.” 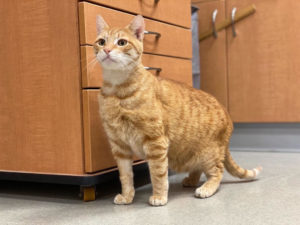 I have now officially lost all the cats in the room. “Enemy foods?” That’s like “enemy kittens.” “Enemy saints.” “Enemy hobbits.” Utter ridiculousness.

But stick with me, humans. On the road to building your victorious burgers, you had to dodge Mr. Hot Dog, Mr. Pickle and Mr. Egg. You had to. You could. You would. And you did.*

And so did one Burger Rosenberg.

Bearing the ultimate enemy on his body was no picnic, but Burger’s time had come. In the face of Burger’s beatific sweetness and silliness and can’t-keep-me-down bliss, that terrible tumor turned tail. A biopsy revealed it to be just one big benign blob, surrounded by nothing more than reactive lymph nodes. 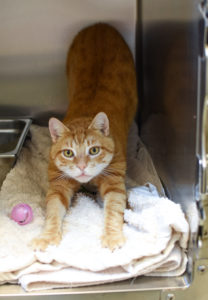 Mr. Hot Dog, Mr. Pickle, and Mr. Egg were down for the count again.

And wherever today takes you, whether you’re feeling more 1982 or 2020, may you remember: it is, in fact, Burger Time.

*And you still can!

angela is not right in the head Burger covid-19

Don’t take the bait
The tapes we play
Easy, easy
Funky from now on
Verde and the hurdy gurdy