Donate
Zeppole at the zenith 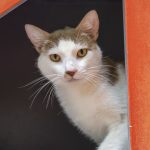 No one can run your race for you.

But, by golly, do you have some glorious guides.

It’s one of the hardest, never-fully-learned lessons of this life: no one can take us all the way home. Neither your priest, nor your best friend, nor your cat, nor your Grandpa, nor the author whose words seem to read your soul can finally unfurl the mysteries that are only yours.

There are songs that only you can sing, and it will be the work of your life to hear the chirping in your forest.

This dance — together and alone, shepherded and solitary — applies no less to our feline teachers.

Zeppole was the sweetest treat Manhattan had ever seen.

Born in a city with no shortage of fried pastries, peculiar creatures, or astonishing kindness, Zep was a standout in any circle. Yet the cinnamon cat with confectionery coloring and eyes of high-tide caramel found no rest in the city that never sleeps.

We don’t know much of Zep’s backstory — we seldom do; “hopeless” and “hungry” are more than enough — but we know he walked this world alone, even in the company of clowns and sages. 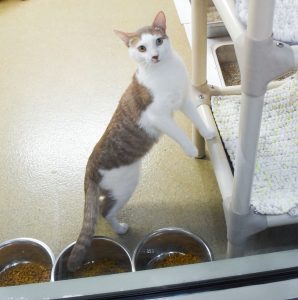 Like the pastry for which he’s named, Zeppole bears connection to both deliciosity and tragedy. His sweetness is so vast, so starving for an echo of its own music, that during his kittenhood his snout grew to three times the normal feline length, stretching for wholeness, or at least a solid hug.

(This is not literally true, but many of the truest truths are not. Suffice to say that Zep’s factual snout is factually long, as are his longings for lasting love.)

The original zeppole, small-z, drowned in powdered sugar, is connected to belly-gnawing business, too.

During the Middle Ages, drought struck Sicily, leaving nary a crumb nor a tin of sardines. Together, the paesani prayed to the island’s patron St. Joseph, promising to honor him with a feast of holy fabulosity. The rain came, inspiring feats of sweetness fit for singing Sicilians and merry Manhattanites alike. If Joseph wasn’t already highly holy, “inspiring the invention of the zeppole” would be a sure shortcut to canonization. 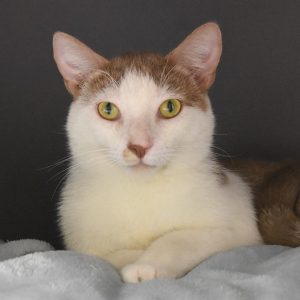 Nine hundred or so years later, another Zeppole dodged the drought of indifference. In a city of 8 million people, 500,000 stray cats, and entirely too many pairs of neon bike shorts, where could one cinnamon cat find his peace?

The bustling bakery of Zeppole’s life would slip him in and out of many boxes, passed hand to hand. Aromas and questions and chaos became Zep’s food. Where was he going? Could he keep his powdered sugar intact with all this bouncing? Would his lonely snout and his merciful soul find a soft place to land?

I wouldn’t dare to call Tabby’s Place “soft”, but neither is it “quiet.” And so, once again, a sacred wandering oddball recognized a distant melody.

Zep’s dreams zoomed towards the zenith. 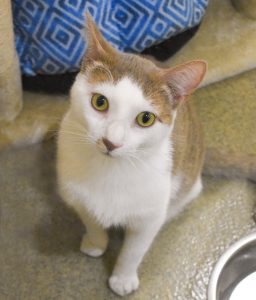 Zep’s questions collapsed, not into answers, but into peace, which is better (and which, unlike the former, actually exists on this planet).

Zep’s love was returned with gusto, deep-fried in the oil of mercy, sprinkled so thick one would need snowshoes to walk its lengths without sinking into its depths — but then, that wouldn’t be such a bad thing.

Zep’s face transfigured into a permanent long-snouted smile, half-satisfied, half-astonished, fully content with secrets and stories that only he can bear.

The cinnamon cat’s story is far from over, and not even we, the shimmering absurdlings of Tabby’s Place,* can proffer every epiphany he’ll need.

Life is sad and hard and strange and good, and I’d bet you my last Cherry Zero that even cats feel the weight of mystery. Homesickness, the kind that not even the dearest “forever home” can heal, haunts us all, and we’ll be following the sweet, whispering melody all of our days. 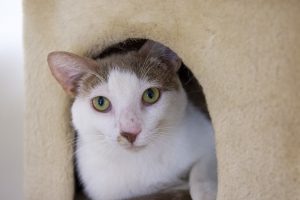 But I promise to be one of your back-up singers.

So does Zeppole, who’s biding his time mid-mystery by giving light to others. He’s made it his mission to glance back for stragglers on the trail, reaching out the long snout of friendship to nervous companions.

Yuki, in particular, has claimed Zeppole as her comfort cat. To her, our cinnamon gentleman is the zeitgeist itself. He’s the top. He’s the treasure. He’s the last dessert she’ll ever need.

She’ll learn that she can’t learn everything she needs from him. 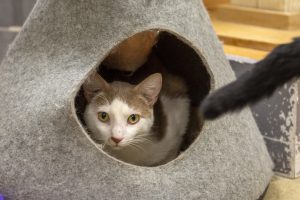 But she’s already learned what comes less naturally to our sweetness-impaired species: she needs, full-stop.

She needs to be at peace with needing.

We all have songs and sweets made for our sole souls. To speak them aloud would be to betray them. But every melody needs the harmony, the torrential rain, the powdered sugar explosion of others’ love.

We are and we aren’t alone. 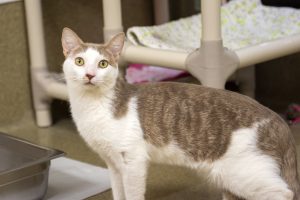 Onward to the zeniths.

*Let the record show that The Shimmering Absurdlings of Tabby’s Place would be an exquisite name for an all-harmonica thrash band.