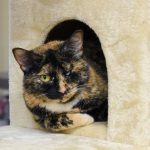 For the second time in a generation, we were hosts to loads of locusts.

Have you noticed that folks were far less revolted this time around?

In place of panic, fascination.

In lieu of flailing, revelation.

I think this bodes well for us as a species…and, of course, for our favorite species. No, not cicadas, the other one. (Although if you have the funds to start Screechy’s Place: a Locust Sanctuary, slide into my DMs.)

It’s been the summer of Brood X, baby, with their hundred-decibel screamsongs and their epic exoskeletons and their serene harmlessness.

They graced us for four short weeks; they screeched in perfect harmony; they revealed us to ourselves; and it turns out, we’re a whole lot prettier than we were one horde-emergence ago.

Last time, I recall sober-minded folk swearing on their last bite of gelato that they would leap atop their beds and scream like small children, should a single cicada zizzle its way into the room. (Never mind that actual small children were more delighted than affrighted, instinctively hospitable to the horde.)

This time, neither the sober-minded nor the lighthearted could get close enough, often enough. Instagram was infested with hordes of happy hiss-witnessings. Classes were cancelled and work days ended early for visits to our earthy, exuberant extraterrestrials. Thumb-sized insects succeeded in teaching the entire world to sing, to jump up and down, and — o magnum mysterium — to pause. Reporters and writers and lovers of all languages fell over each other to rhapsodize rightly about the chattering, to lift high the sturdy legged capsules literally hissing with zeal.

Maybe that’s it: this time, we rightly decoded hissing as life.

Maybe we’ve been through so much collective quiet, so much necessary fear, so much masked and muted caution, that Horde Party 2021 found us just daft enough to celebrate the soaring, shrieking strangeness.

Would that we should do the same in less locustly contexts, with different purveyors of screamsongs.

Cammy may not be equipped with an actual exoskeleton, but she believes that if she believes in her impenetrable shell enough, she just might become an armored tank, or a cicada, or at least a Skittle. With one sly eye, she susses out every situation, examines every pretender to the throne of her heart, and proceeds to ascend the nearest (sisal) tree.

As her adoption profile says, with ladybug-delicate mincing, Cammy has “an independent attitude and a strong spirit.” This is to say: you grabby, no likey. YOU GRABBY, NO LIKEY. SHOUT IT FOR THE PEOPLE IN THE BACK.

This is a trans-species testiness, as both cats and humans can easily flip open Cammy’s special songbook of locust-loud loathing. Move too close, too fast, and you’ll face the hiss, face to one-eyed face. You have been weighed and measured and found wanting. Fear the wrath of one tiny, trembling tortie, or at least the shame of being denied her welcome.

Nah, don’t do that. Hear the hiss and laud the life and choose to marvel.

You can only shriek and zizzle if you’re fully alive. And once all the fear screams itself hoarse, there just might be a sturdy song that’s yours to keep. Fear lies, you know.

Cammy is as charming as a cicada, and thirty times as magical, if we’ll only be patient. Sometimes you need to sit in the simmering dusk to hear the cicadas raise their voices in song, but when you do, that song is just for you. Sometimes, you need to sidle up to that sisal tree for forty-five entire quiet minutes, doling out star-shaped husks of “chicken meal,” but when you do, you’ll find a friend who doesn’t loathe you.

She’s waiting for the sober-minded goofball who will wait long enough for her to emerge.

She’s dreaming of the childlike creature who will celebrate every facet of her strangeness.

There’s nothing to fear here, even if hissing abounds.

So keep singing, even when the song is generous silence. Wait as long as it takes for love to burst forth. Err on the side of fascination. Lean into the emergence, even if it takes seventeen years.

You’re worth the wait, Cammy.

1 thought on “The cicada revolution”