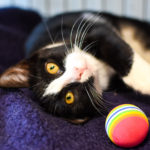 Some things keep coming back, and we rejoice: Archway Wedding Cake cookies, It’s A Wonderful Life, permission to wear bright red and bright green simultaneously, permission to gush love at people unironically without making them uncomfortable (thank you, The Holiday Season).

But some things were never meant to come back. 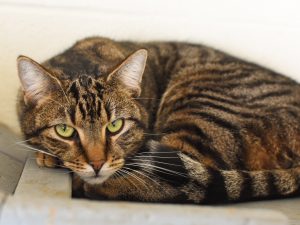 I speak here of such things as the song “Mama Said Knock You Out,” which (a) was pure perfection the first time around, a peak achievement of human civilization that will likely be studied alongside Stonehenge and the Declaration of Human Rights and Michelangelo’s Pieta by future generations, and (b) really, really, really did not need updating by Billy Ray Cyrus.

(Yes. Let us all take a moment to digest the fact that Billy Ray Cyrus has desecrated “Mama Said Knock You Out.” 2020 strikes again.)

I speak also of cats once adopted.

Cats once adopted are not meant to be returned. 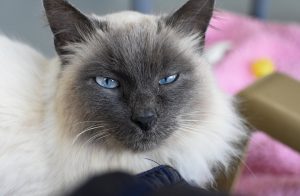 I speak here of Michelin, and Pete, and Clark, and Paige.

I speak of the many “hurrays” that turned into “not OKs,” for reasons we do and don’t and aren’t meant to understand.

Whatever the reasons, forever isn’t ever and ever.

Whatever the reasons, we make the best of the returns.

Like sweaters unloved by no fault of the sweaters themselves, our returnees go back to the shelves and suites, awaiting the ones who will see them and snuggle into them for all that they are.

They are hilarious, as in Santa Pete, giver of laughs and lovingkindness.

They are complex, as in Michelin, maker of magic and mystery and dazy dreams come true.

They are sincere, as in Paige, sugar-snowball-spirited teenager who will welcome you into the workshop of her heart, but only if you are as wise as a child and as gentle as the lion that lays down with the lamb.

They are altogether glorious and victorious, as in Clark, whose magnificence speaks for itself.

They are back, but they are blissful, because they remain held by a tenderness that doesn’t tremble with changing fortunes. And in their own tumultuous tumble of 2020, they are reminding us what returns and remains and holds us fast. 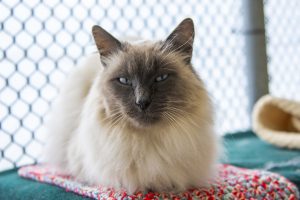 Heaven knows we need it.

I have a recurring dream that I am due to arrive at a theater to play the role of the Sugar-Plum Fairy. (I swear I am not making this up.) Every time — and I have had this dream literal dozens of times, more frequently when I am stressed — I am late; I need to scramble into my costume; and I have absolutely no idea what my lines are, not even one sentence. The show must go on, though, and the dream always ends with me all sparkled up in a ridiculous dress with ridiculous wings and the ridiculous idea that somehow this is going to work out.

I have another recurring dream — this one very much awake, very much daily, very much more when I am stressed — that everything is somehow going to be OK. 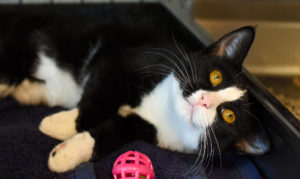 Funny thing about that returning theme: it keeps turning out to come true.

For Michelin, and Pete, and Paige, and Clark, and you, and me.

Maybe not for Billy Ray Cyrus.

But it’s The Holiday Season, so we’ll even give him a pass.

Gleeful PS: Paige and Michelin have been readopted. Pete and Clark dream on. And so do we.