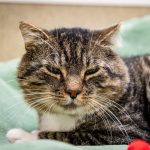 There’s nothing — absolutely nothing — wrong with a Festive Holiday Gathering(TM).

But let’s be real (since this is the internet, the safest possible place for sincerity): sometimes such shindigs are a mile wide and an inch deep.

How many times have you looked someone in the eyes, eager to hear their dreams, only to be regaled with a 45-minute monologue on gutter helmets? We want to know what makes our loved ones’ hearts beat faster; we have to settle for recaps of The Mandalorian.

This is not to blame the smalltalkers. They are us, and we are them. You know what I mean: in your depths, you’d like to tell your uncle what gave you hope this year, but instead you find yourself expounding on how Ritz crackers seem to have changed over time.

We yearn for closeness. We gasp across nervous chasms, keeping our topics and ourselves too small to be hurt or touched.

If your Festive Holiday Gathering dreams are deferred this December, take heart. We’re all doing the best we can, in our small and shuffling ways. And, fortunately, we have cats.

Cats are spectacularly incapable of playing small. No one needs to tell them to “keep it real,” because they can’t do otherwise. The depths are always on display, real and raw and righteous. Well, two out of three ain’t bad.

If you catch him across the mulled cider, Bobby will blitz you with his realness. Before you can even ease in with talk about the weather, he’ll be in your lap, assuring you that he is ALL dude, no matter what anyone says. In Yuletides past, living with a loving person who sadly became too ill to keep him, Bobby was called by a name that shall not be repeated here. (Bobby is real and raw, but he has his dignity.) When Bobby came to Tabby’s Place, we were told he was a young female; our vet team determined him to be an elderly male.

Bobby is, at least, honest about his angst. When you’re honest and real and raw, your needs get met. Santa Claus gave Bobby an early Christmas present of behavioral medication.

At the grand office holiday party that is Tabby’s Place, you’ll hear all kinds of conversations up and down the halls. Let Liam lure you in while he still can, and you’ll take a supersonic Polar Express to his soul. Round and rowdy and one of the founding members of Da Chonky Bois, Liam is nothing if not naked in his honesty, bursting to bless you with his really real feelings about truly true matters.

Liam loves life and all things delicious; Liam thinks we need more epic ballads about the magic of sleep; Liam dreams of a world in which no cat must go without spray cheese; Liam insists that anyone who needs love deserves love and must be given love with ALL THE GUSTO. Unless they are feline, in which case “a robust beatdown” may be suitably substituted for “love.”

Then, like St. Nicholas vanishing up the chimney, Liam will leave you for his forever home. And he will leave you in the capable conversational hands of Ruby.

A few turns down the hallway and a few swigs of cider later, you’ll be in Danielle’s office, formerly/forever known as Adoption Room #3, with a bevy of no-baloney partygoers. But before you can begin to share your hopes and dreams with Blueberry and Billie Jean, you will be circled — over and over and oh my goodness over again — by rotational Ruby.

We’re not sure if she’s summoning angels or trying to create some sort of winter wondervortex, but Ruby is committed to her project of running rings around her beloveds. And you, my friend, need only to enter Ruby’s realm to become her best everything.

Long-haired and loopy, Ruby is so excited, she just can’t hide it (don’t be scared), and she’ll walk the world’s simplest labyrinth around you to tell you. While she loops, she’ll listen without interruption to all your tenderest tales, the things you’re scared to share with anyone, the dreams and the darkness and the light that never lets you down.

Cats: keepin’ it real, even at the office holiday party.

I can’t close here without throwing a gingerbread man to small talk. It has its place; it occasionally eases us into the honesty we crave; I actually kinda do want to hear why you think Kohls is better than Target for socks.

We are such nervous, wobbly creatures that we need safe ways to snuggle up to each other from ten feet and ten topics away. It’s not always safe to fully show yourself. We want to be cherished exactly as we are, but it takes time and talk to even be known. We are trying; we are showing up; we are loving each other as best we know how.

Along the way, if the awkward moments get to be too much or too little for you, remember: there is a species that can’t play small. Slip into the office holiday party that is Tabby’s Place, and let it all hang out.