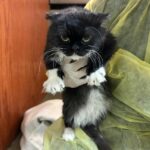 If you’re old enough to read this, you have been exposed to the elements.

One moment, you’re riding out in the country, listening to Aretha Franklin and feeling like fire. Suddenly, for no reason and every reason, the Wall of Sad hits. It sucks the air out of your lungs. It scrapes the skin off your heart. All the water spills out.

This is the time to return to the Eartha.

You can tell without asking, that Eartha listens to a lot of Motown. But she’d much rather you ask.

Eartha, like every honest creature, wants to be understood. She has been crafted of equal parts shag and story, and she expects that you will find her interesting enough to investigate. She wants you to want to know why her playlist ping-pongs between Detroit soul and angry German metal and Bob Dylan’s weird 90s period where you have no idea what you’re saying, but you can tell he means it from his heart.

Eartha means everything from her heart.

To look at her, half-Fraggle and full paradox, you can tell that Eartha was forged in the core of the planet. Obviously, this was not our planet, but some distant land bluer and truer than Avatar. The ground gasped in awe beneath her feet; the sky bent its knees for a closer look; the waters abandoned the moon for her gravitational pull; the fire was all her own.

The fire was wild.

As of this writing, we’re still analyzing forest maps and field reports (some call them X-rays and MRIs). It’s not quite clear what path the flames took through Eartha’s bones and muscles. But when the smoke cleared and the sun rose, the landscape was lopsided and the soil shook. The glamour cat with the elegant air was drowning in seizures.

All this burning was churning in the land of Eartha’s birth: Beirut, Lebanon.

Lebanon, Lebanon, that feisty ribbon of land that has lived through too much for an entire planet. Let yourself think of all the Lebanese have endured, and the Wall of Sad will sweep you off the continent, somewhere into the sea of survivor’s guilt and weary “why?”

Why does this earth allow its children to consume each other, burning mercy for fuel?

How do holy people find hidden wells beneath the ash?

Ours is not to answer, but to become tiny answers.

As Eartha quaked, rescuers recognized a firebird. And so the flaming Fraggle flew, airborne over many waters, carried by the groundless grace that asks no questions.

Some would say that Eartha’s life really began the day she landed at Tabby’s Place. But Eartha is too much a soul of the soil to accept that claptrap.

Long before we loved her, Eartha had lived many lives, many elements, out in the elements. And she was determined to bring every single one to Planet Tabby’s Place. 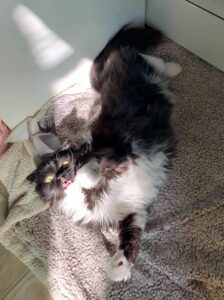 Hers would be every single element, all at once.

Some would say that Eartha had been daubed with more mud than most, wrapped in a raw deal from the start. If anyone should submit to the Wall of Sad, it would be a seizure-stricken stray tossed between the time zones. If anyone should shelve Aretha for “All Is Lost,” it would be a homeless cat wearing a Hopeless hat, there for all the Fraggles and aliens to behold.

If anyone should abandon hope for this earth, it would be one who has been hurt and hurtled since birth.

But it would not be Eartha.

Eartha would curl and uncurl her toes, the better to feel the planet supporting her. “Get in line, land,” she growled. “Stay under my feet. Stay on my side. This is an order from your queen. R-E-S-P-E-C-T.”

Eartha would breathe deep, the better to engulf the entire air-force of affection arrayed around her. “All my airships have come in!” she roared at our staff and volunteers and frazzled, less-Fraggly cats.

Eartha would spin the waterwheel of worth like a Price is Right contestant, confident that we would cherish her in her wrath as much as her warmth. “I shall swim across the ocean!” she declared. “I shall be me from sea to shining sea.”

Eartha would fan the flames of her mysterious muchness, summoning all the phoenixes under her ribs (and they are many). “I am the firebird. I am the fire. I am. I. am.”

Eartha would see the Wall of Sad, and Eartha would invoke all four elements, all seven continents, and all the untold galaxies. “Arise!”

And as she turned over the periodic tables, elements bouncing like Styrofoam balls in all directions, Eartha would prevail.

Prevail, over the pain.

Prevail, over the fear. 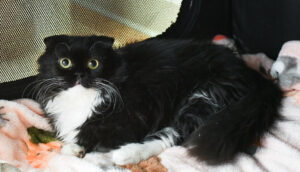 Prevail, over the chain of fools who couldn’t seem to understand that queens deserve endless enchiladas, minimal handling, and no fewer than five Hondas made entirely of ham.

Prevail, over the prevailing “wisdom” that some things are hopeless.

We are all scared Fraggles. 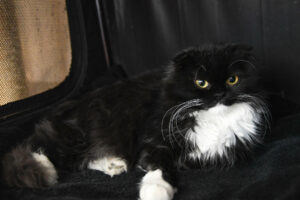 We are all exposed to the elements.

We are all scorched by “suddenly”s.

We are all ennobled by one Eartha, if we’ll let her overturn our periodically-hopeless tables.

Let the water spill. Let the fire burn. Rock on and rocket through the air and rock steady.

We can scale the walls.

And one quaking queen cat isn’t going to wait for us to join her.