Donate
Raise yourself to your full height 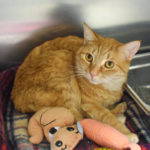 There are some secrets that are happy to be shared.

1) Every single walrus who ever lived, male or female, is named “Grandpapa.”
2) Some cats have a magic button between their ribs that, when scratched, causes their legs to salsa-dance.
3) We are all full royalty, made entirely out of stars.

It’s easy to forget this last secret. But the truth is, it wants to be told and retold, whispered into ears of all shapes and shouted like a “hosanna!” from every rooftop.

Or pyramid, as the case may be.

A cat with a name like Cleopatra should fully own her eminence. I can make such a preposterous statement because I am a “human” (subspecies “dunderhead”), and I forget the open secrets that (a) cats generously accept the names we give them, but prefer their real names, known only to their inmost souls, and (b) a name is seldom sufficient to remind any creature of her queenliness.

But then, there are no cats like Cleopatra, any more than there are human beings like you or me: there’s only Cleo, ribbons of squeeze-marmalade drizzled over a coat as warm as the Saharan sun. Her eyes contain more classified information than King Tut’s tomb; neither an asp nor an archaeologist nor Richard Burton could charm forth her secrets. 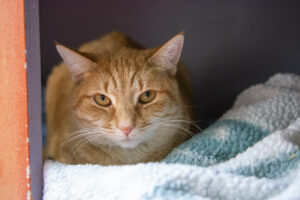 That’s exactly as it should be.

But for all she’ll never tell, Cleo forgot to tell herself the most important truth: she is a queen. She is a colossus. She is the jewel of the Nile, or at least the Ring-Pop of the cricky canal that ripples around Ringoes, New Jersey. Possessed of grace and grandeur and the stamp of her Creator’s broad smile, she is ten thousand feet tall.

But towering splendorbeasts forget their fullness. Truth takes cover in the nearest sandpit when sorrow yelps its lies loudly enough.

And on the long riverboat ride to Tabby’s Place, Cleopatra’s queendom suffered a siege of denials.

The topaz cat once had a realm of her own, complete with a sweethearted servant. In quiet contentment, Cleopatra and her mom ruled their world. You don’t need more than a condo when kindness knits the map. Cleo ruled an empire of love, and the invisible wings of a great secret ibis sheltered one orange cat and one devoted woman. Quietly, colossally, they had it all. Their rule was never meant to end.

But Cleo was about to learn the stinging secret that, sooner or later, hisses itself into each of our ears: loss can rip a river down the heart of any continent.

Cleo’s mom needed the care of a different kingdom. Assisted living would not permit a pet, not even a pet who is actually a conquering queen.

Tectonic plates clanked together, and the earth itself gave way beneath Cleo’s feet.

In the swirl of the sandstorm, a sturdy secret was whispering, even if Cleo couldn’t hear it. As bumpy as the Sphinx’s nose, as certain as the stars, the promise awaited the day Cleo would be able to hear its music.

This truth finds us all, too: you can go from emotional rags to riches in the course of six minutes.

Cleo wouldn’t see it that way, not at first. The riverboat ride to Tabby’s Place wasn’t what she wanted, and the jewels of Ringoes sure looked a lot like angry asp-eyes. Cleo did what any self-respecting, self-protective queen might do.

She sank and shrank and unleashed the wrath of undead Pharaohs on those who dared to touch her flanks.

She forgot the days when she commanded ranks.

She forgot her height and her handcrafted, unrepeatable, eternally regal resplendence.

But what towering splendorbeasts forget, more ragged muffins remember — and remind us. 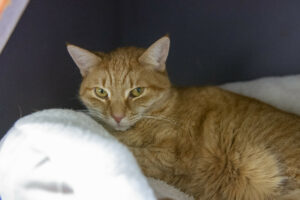 Recently I found myself in front of a remarkable specimen on the highway. Waiting for the light to turn yellow, I basked in the crooked sun of his self-confidence. A surly elderly man with a face evoking many noble potatoes, he was loudly and bawdily — I am quite confident his bawd-o-meter was at 9 or higher — speaking or shouting or singing.

Most importantly, he was wearing an oversized beanie that was essentially one enormous star, rendering him Starhead Supreme.

Somewhere in his cacophany, he knew his composition.

In his unblinking selfness, he had no time to play small.

Perhaps he’d come to his confidence through rivers of tears.

Perhaps there’s hope for all of us: even Cleo, and you, and me.

As good queens do, Cleo has seen fit to lead the way for lesser creatures.

Somewhere in our Intake area, Cleo made a choice. 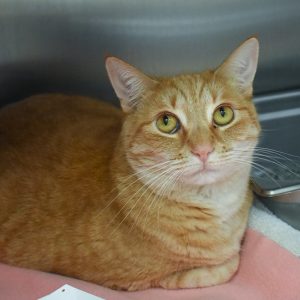 She would sit in the sand until the day she heard the sun call her secret, sacred name (and it’s neither “Cleopatra” nor “Grandpapa”).

And when all the birds and beasts and brilliant committees inside her head and heart came to a consensus, she would do it.

She would raise herself to her full height.

She would accept her calling as queen.

And she would open herself, once again, to the love that softens the desert like gentle rain. (Or the squeeze marmalade that softens even the densest whole-grain bread. Your choice.)

She would give and receive and lose and find herself in friendship all over again. Maybe it would break her heart in the very same places it had been bashed before; maybe goodbyes would gash her underbelly. But the shrunken life of self-protection is the business of soul-peasants. 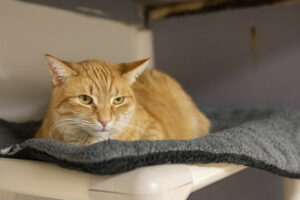 The love that had lashed her with loss hadn’t let her down, much less lowered her standing in the world. It would always be hers, memory dipped in grief. Never fully mended, loss would work its way beneath the sand, to the secret underground rivers where everything, everything, everything we endure can make us better, if we’ll let it, if we’re full royalty, made entirely of stars.

As of this writing, Cleopatra is working out the ever-rolling stream of her reign. It looks different from day to day; she roars and rejoices and rollicks beneath our tender touch as her inner advisors direct.

But the cat with the sacred name and the claim to queendom has come back to herself.

She is neither small nor sand-bound.

And neither are you and I and Starhead Supreme.

Reign on, kittens, even if your own bejeweledness gives you the jitters.

1 thought on “Raise yourself to your full height”