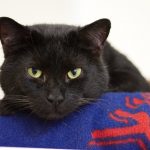 As we grow up, our coursework and our cultures can encourage rigidity about many concepts of grammar and, more poignantly, about who people are “supposed to be” and how much we expect everyone and everything to be “normal.”

There’s a certain expectation that what we get used to, what we consider to be normal, will remain constant. In fact, we forget that anything may have ever been any different than what we are used to. We rely on this 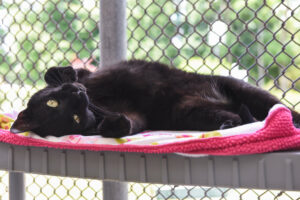 sense of what is “normal” so much that, when things change significantly, we console ourselves: things will “get back to normal,” or there will be a “new normal.” It leaves me wondering a lot about “normal.” Has it ever even existed? Everything about Tabby’s Place seriously makes me doubt it.

The fact of the non-normalcy of normal is ever evident at the sanctum sanctorum enim felis catus (Work with me! I’m trying to resuscitate a dead 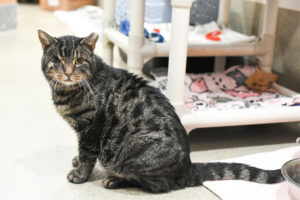 language here.). For one thing, there is an abundance of special needs cats, all of whose needs are uniquely special, even when they are of the same kind. There are also the many variations in manner and mode of the cats’ arrivals. Of course, there are myriad differences between individual cats’ fur. There are a plethora of personalities. There is a gigantic range from absolute intolerance to abject devotion for each other and for humans. The degrees of differences on all these scales point sharply away from “normal” being, well, normal. The cats themselves challenge our ideas of “normal” every day. 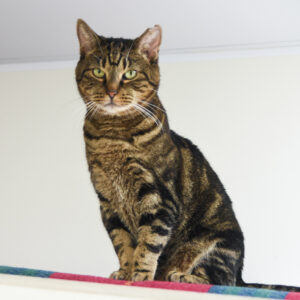 Spaghetti, being of the saucy sort, and Merriweather, with a zesty independence, both positively bristle at being compared to each other or to anyone else. The resemblance between them, as they see it, stops hard at “black cat.” They’re probably correct. Each is unique and defies being fitted into any mold.

Viktor and Yuki are both beautiful tabbies. Each is decked out in a unique pattern of swirls, swooshes, and a smattering of spots. Glorious coats, slight shyness, extreme sweetness, and total catness are traits they have in common. There is nothing about these commonalities that automatically translates to “normal.” 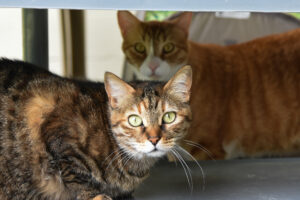 Add to these examples that there are calicos, torties, tuxedos, torbies, and so forth galore, with just as many variations in preference for fish mush vs. string cheese or plain pizza vs. pizza with all the toppings cascading over the edges, that it is difficult to pinpoint “normal” among the cats at Tabby’s Place. In fact, it seems like normal boils down to a mathematical construct designed to describe 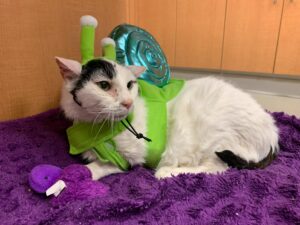 averages (sum of data points divided by the total number of data points). Blech! With cats – even with people – there are few individual traits that tally up to “average,” although many soar far above.

Without further illustration, the picture seems perfectly clear: ixnay on the ormalnay. That’s pig Latin for, “there was never anything normal about normal anyway.” Besides, if we spend less time taking tallies, focus less on arbitrary molds, and exert less effort on classifying aspects of each other and everything around us, we would have a lot more time for cuddling cats.

Special Mentions: Iris and Nemo, who define their own mother-son relationship uniquely; Angelo, who is the cutest (and probably the biggest) snail I’ve ever seen.