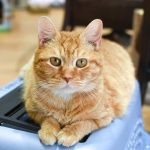 C.S. Lewis once compared cats to Pharisees, which is essentially saying what we know to be true.

So, when Lewis said, “You Can Never Get A Cup of Tea Large Enough or A Book Long Enough to Suit Me,” it’s clear he was talking about feline paralysis. 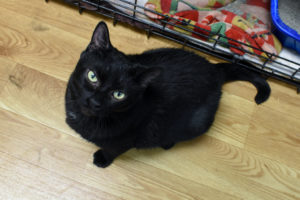 Loads of very famous people have lots to say about cats. Some of them, like Lewis, can be taken at their word; others…well, salt grain, anybody?

We’ve all had conversations with those who think cats are the worst thing ever, leaving us wishing for Emily Bronte’s wit and facility with language. But, ultimately, it is the cats themselves who are their best defenders.

If you ask Fenek, he might break into rhapsodic praise as to the beauty of le chat noir. Slow to befriend, quick to startle, tormentor of small creatures…or toys. 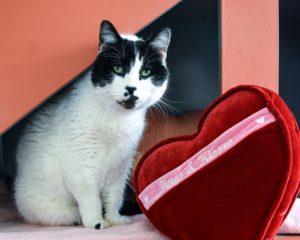 Elijah would share fantastical tales of prophetic cats who foresaw danger and saved their humans. Feats of derring-do would roll off the pages and make mouths drop open.

For adventures, one need only turn to Stanley. In crisp prose, he would share the exhilaration of a ride atop a stroller and the thrill of hanging out quite near to Anka.

Each cat has a unique perspective to share, and Tabby’s Place is a veritable book of their stories. Every day, a new chapter unfolds, as each cat describes comedies, dramas, and the crimes of as-yet-unfilled food bowls in voices soft or strident, soothing or sharp. 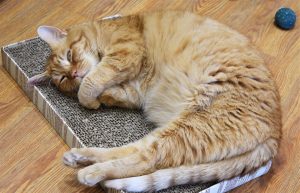 To those who listen, this is a book of life, a guide to the uninitiated. For those in the know, it is equal parts reminder and joy.

Be wary, though. The book of cats is a real page turner.  So, once picked up, it may be very difficult to put down.

I hope you have a large enough cup of tea.