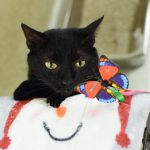 Growing up, there were many things I took for granted.

The best music groups were playing rock and roll or New Wave or were either Michael Jackson or Prince; TV dinners were still a thing that everybody ate and nobody understood (what was that dessert thing? Was it supposed to be cherry cobbler?); Harrison Ford was in every movie; and everybody wore scrunchies or knew somebody who did.

Back then, TV shows still had theme songs. Songs. Real songs. With lyrics. You could sing along with your favorite TV show’s theme song (well, except for M*A*S*H, but if you had my particular indoor-outdoor marmalade cat, you could whistle that theme, and he’d come home for bedtime. He was a really cool cat).

There have been a few more recent shows with actual theme songs, but they’re few and far between. Back then, they were ubiquitous, and a couple of them actually aired on the radio (remember radios?). Is it ironic that the one theme song about a TV show that was about a radio station got zero air time?

Recently, instead of wasting my minuscule TV watching time searching for what to watch, I did a search to see if one of my old favorites was available for my viewing pleasure. It was! I went back to the beginning and pressed to play the pilot episode of Cheers! The show opened on the bar, there was the brief scene that started it all, then it cut to the theme song.

“Sometimes you want to go where everybody knows your name, and they’re always glad you came.”

Truth! And, I realized something pretty huge. Tabby’s Place is my Cheers!

Okay, so there are some people who are confused as to my name (mea culpa!), and some days the work is HARD. But, everybody is always welcoming, and no matter how moody Merriweather may be, or how many kittens are in their suite, or whether Rose has been visiting her friends in the Aged to Purrfection program, it is impossible to be anything but glad to have spent time at Tabby’s Place.

Oh, yes! Luckily for me, getting away isn’t very far from home. And, it’s a weekly visit, so there is always something to look forward to. There’s something special about seeing certain faces — furry or otherwise — and catching up while working toward a shared goal and fulfilling a shared purr-pose. At Tabby’s Place, we don’t bend our elbows with a pint of ale, but, boy, do our elbows bend with washing and mopping and folding and scooping and, most importantly, petting the cats, like Oram and Catalina, newbs who love a shnoogle.

“Taking a break from all your worries, sure would help a lot.”

Maybe the best thing about Tabby’s Place is the absolute necessity of leaving everything except Tabby’s Place things on hold. It’s important to be present for chores and other humans, but it is imperative to be truly present for the cats. Attentiveness is key. And, when you’re being attentive to a cat who needs you, it is very difficult to worry about anything except exactly where to scritch next.

Poetic license about scritching notwithstanding, when visiting the cats, it is essential to pay attention to their needs, their behaviors — toward you and each other — and anything out of the ordinary. You might think this can lead to a different kind of worry, and it sometimes does. But, it isn’t the same as worrying about work or family or grocery shopping or bills.

“You wanna be where you can see, our troubles are all the same.” 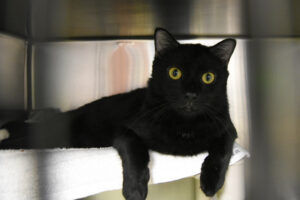 At Tabby’s Place, health troubles are myriad and complicated and range from mundane to that can’t possibly be a thing. Cat troubles are similarly complex and sometimes challenging to mitigate, as Merriweather could explain in detail if she weren’t so busy trying to get out of the suite and into the hallway. Sometimes the troubles are as simple as an insufficiency of wet food (an eternal problem that we battle together, hand in hand, can after can to little avail as far as the felines are concerned).

Regardless of whatever troubles might arise or resolve, and despite the demands of our schedules and chores lists, we know that being at Tabby’s Place means seeing and being seen. We recognize that which is kindred in our spirits and accept everything else.

As for the cats, everybody knows their names, just not their super-secret names. They’ll never tell.