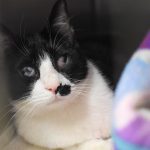 The future is coming.

The future is unknown.

The future is a colossal cloud. And that’s OK. 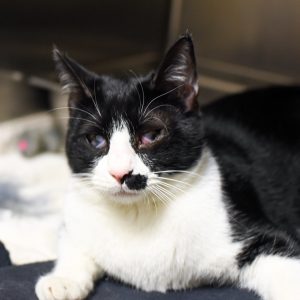 As I write this post, neither you nor I nor all the heads of state in all the lands know quite what’s coming. The pandemic isn’t at its feverish peak; the pandemic isn’t over. The world isn’t shuttered; the world isn’t open. There is healing happening, embryonic justice and grace; we have an exceedingly long way to go. Our lives are not what they were, not yet what they will be, but still much in need of being lived.

We’re in the borderlands together, a liminal mist, shimmying ourselves out on a limb whose end we can’t see.

There are so many thick, fog-warning-worthy clouds.

But even in their spectral embrace, we are safe. 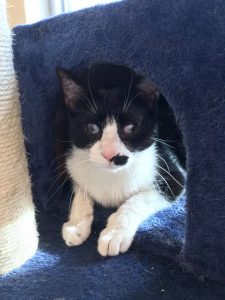 Where most of us are staring out at clouds, Sanfour is gazing through them. His very eyes are covered in cirrus, streaked with stratocumulus, faraway-foggy, clouded yet content. Many of us, upon first meeting him, assumed he was blind.

But Sanfour sees. He also sees.

The infections of his infancy left him with limited vision in the technical sense. But, unlike taste or touch, vision has the potential to be an unlimited sense. Suffice to say Sanfour lives up to his potential.

I don’t just mean that he makes the most of his disability, although he certainly does. He can play and leap and chase imaginary geckos and very real roommates with the best of them, an Olympic-caliber gymnast with no need of equipment to vault valiantly. When you see Sanfour in action, you quickly forget your quick assumption of his blindness. 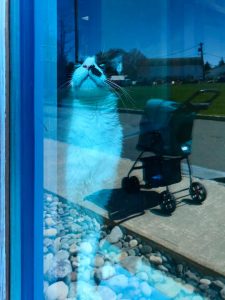 But I mean the vision that we only see rarely, granted only to saints and children and the pure in heart. The angels who kissed Sanfour at his birth gifted him with this vision from his earliest days.

Sanfour has seen trouble that would make comfortable New Jersey cats tremble: Beirut streets, flames stabbing the night, sickness that nearly stole his life in his skinny baby days. Such trauma is no doubt seared into him somewhere. Yet, by the vision of grace, he’s turned it into a launching pad for hope.

When Sanfour flew — with Bounty and buddies — all the way across the Atlantic, there was literally no ground beneath his feet. (And, in these days of spartan airlines, no salted peanuts, either. Harrumph.) Did Sanfour grow fearful, timid, cynical of the world that literally flung him into the sky? 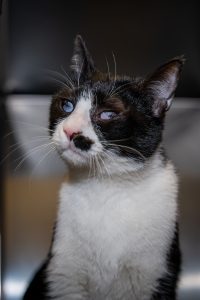 Flying over the cloudbase or careening through it, Sanfour sees. The future is foggy but not unfriendly; the love that’s always followed him is sure to have scouted ahead, prepared for his arrival, set a table in the middle of the wilderness.

Would that we should see.

Catch you in the clouds, kittens.