Donate
A good deal of Shelley 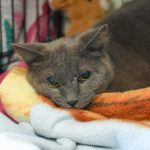 They tell me that Shelley can see, at best, “light and shadows.”

I tell you that’s more than enough, when the light and shadows are such as they are. 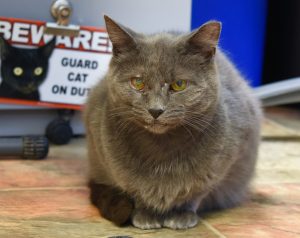 Readers of this blog will be familiar with my affection for obscure British weather announcers. One of my favorites, a cherubic elder named Rob (who looks as though his name should be Garrick or Selby, but I digress), refers regularly and joyously to “a good deal of sunshine.”

Rob is very, very pleased to tell you when “a good deal of sunshine” is barrelling your way.

Rob is unafraid to overstate the importance or likelihood of “a good deal of sunshine.”

I get the distinct impression that, whenever the cloud cover dips below 51%, Rob rejoices in “a good deal of sunshine.”

Shelley doesn’t get much, when it comes to spangling-clear visual information. Due to an eye infection that raged for far too long, Shelley’s soft peepers are veiled in mist, an incurable caramel glaze that allows only — you guessed it — “light and shadows.” 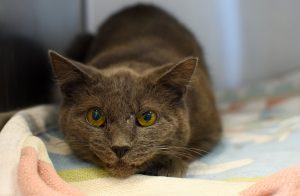 Shadows have stalked our quiet sparkler for a long time. We don’t know exactly where Shelley came from, before she came through the usual, unusual avenues to our freewheeling funhouse. It’s evident that the small grey cat, crafted entirely of softness, melted into her earlier environments all too well. Who could spot a smudge of muted silver in a world of unconcern, a hall of hazes and pastels (and I do not mean the righteous kind that define “princesscore,” of which Shelley and I are both great fans, although once again I digress)?

The world around was dim.

Shelley was as unseen as a stone, and nearly as unseeing.

But Shelley was a stubborn believer in a good deal of sunshine.

We rarely know precisely how cats find the people who find the landmarks that find the raggedy road to Tabby’s Place. But someone was looking for Shelley at precisely the right moment, and Shelley was looking, through the most essential eyes, for a light that she somehow, stubbornly, obviously still believed existed.

I can tell you this with boulder-big confidence, because of all that Shelley’s told us.

She told us, in her early days, that she’d seen the Big Scared. 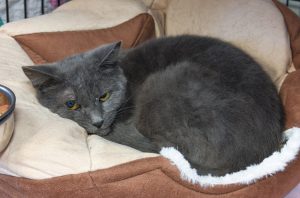 She’d gazed down the barrel of the ultimate, unforgiving unknowns.

She’d lost her sight and whatever friends she may have once known. She had to see sunshine and hear music that would require more than the average five senses. The world was as quiet as it was clouded, and a lesser creature would have concluded that all the rocks had stopped rolling.

Shelley is anything but a “lesser creature.”

And so, as cats do, she stared at the world with irrevocable, incorrigible, unconditional positive regard, expecting a good that history had given her little reason to imagine.

And she rewrote her history with a sunshine pen. (I have not been able to locate one of these at Staples or Amazon, but if I do, I’ll get you one for Christmas.) 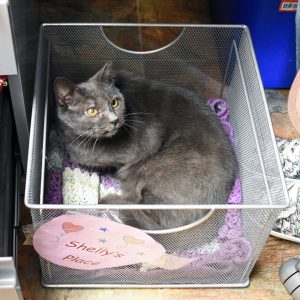 Shelley wouldn’t be honest if she didn’t tell us about the Big Scared, speaking through her shyness and her burrowing and her bouts of I Can’t Trust You Yet. But as she settled into the love she’d always imagined — the little-l version of the Love that never let her go — she bashed Big Scared boulders against the wall.

CRASH! There went the fear of touch, split open into a starfield of sweetness. Shelley let us skritch her, then brush her while singing bad songs that shall not be mentioned by name, except to say that they are “I Am, I Said,” by Neil Diamond, and also “Friends in Low Places” by Garth Brooks (the latter being perhaps acceptable, given Shelley’s penchant for hunkering under chairs; the former being perhaps acceptable, given that Neil Diamond is infallible, despite the fact that he here literally laments that a chair won’t listen to him, but once again I digress).

SMASH! That casualty was concern over the contours of the Community Room, their ever-changing oddness and enormous number of unsavory characters (not to mention the cats) and the constant need to map and re-map the realm without clear vision. Shelley, not to put too fine a point on it, Just Got Over It. It’s as though she acknowledged she would only see light and shadows, then drew a giant heart around the whole room with her sunshine pen and got on with getting down with love writ large and strange. 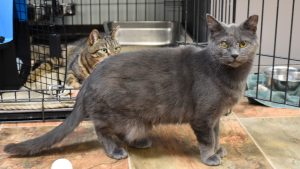 (You and I know there’s very little that’s not writ strange at Tabby’s Place, but fortunately for us, the cats are all students of both Carl Rogers and Rob/Garrick/Selby, and therefore exquisite practitioners of unconditional positive regard.)

KABOOM! That big noise that you heard all the way from Tajikistan was the ugly rock of distrust — distrust of strange people, of strange cats, of strange life, of uncertainty itself. Shelley, slowly and then all at once, was all in.

So, life had rocked her. So, clouds and shadows had swarmed her. So, she had been forsaken and feared-up and broken.

But it’s only those clouds that break that get to burst forth into a good deal of sunshine.

It’s only the rocks that smash that get to see that they’re actually glittering geodes. 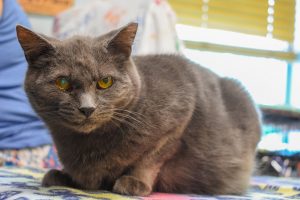 It’s only cats of uncommon, sun-stubborn courage that dare to break open, break through the mist, and show the world the otherworldly wonder within.

The sunshine only played hide-and-seek.

Shelley sees all that any creature needs to see in order to go slack-jawed with wonder.

May a good deal of sunshine find you and free the quartz courage and joy inside your most rugged rocks today, kittens.

1 thought on “A good deal of Shelley”