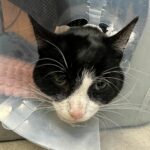 There is an unpretentious bush across from my balcony.

Until it makes its own remarks, which remake autumn.

And now, for every November until the final embers, it shall be known as “Gulliver.”

The original Gulliver was “first a surgeon, then a captain of many ships.” We remember him for surviving shipwreck and living large with the Lilliputians, persons petite enough to hula-hoop inside a blueberry bagel.

Three hundred years after that first Gulliver’s travels, another dear doctor found himself similarly marooned. But where Gulliver the First was a surgeon stuck among small people, Gulliver the Great would be a trauma physician, tasked with taking care of scared people.

We got the news of Gulliver’s wreck in the usual way. There is an invisible network of lighthouses stationed everywhere humans love, and they blink in harmony when someone small is sinking. Sure enough, the beacons of mercy lit the sky when Gulliver’s sailboat shattered.

“Shattered” is perhaps an understatement. By the time the Compassion Coast Guard pulled Gulliver from the sand, he had a fractured pelvis, femur, and tail. He’d been surgically rearranged by a careless car, but it may as well have been an aircraft carrier, or Sasquatch, or a bouncing blue whale.

Gulliver was not broken.

When the lighthouse keepers leapt down the shore, Gulliver’s heart leapt out of his broken body. Even now, pinned by pain, the traveling cat was kindness incarnate.

I would like to believe that, freshly fractured by the greatest trauma of our lives, you and I would be accurately described as “super sweet.” I would also like to believe that Jimmy Fallon is taking me to Paris tonight, and Cherry Zero is sending me a lifetime supply of their heavenly elixir, and all the politicians have agreed to treat everyone with dignity and respect, starting with each other.

But in the sharky sea of suffering, “super sweet” is the stuff of saints and angels and cats named Gulliver.

In the throes of trauma, Doctor Gulliver gulped down the chance to heal others.

Head still under water, Traveler Gulliver thrust his heart above the waves.

Gulliver gave his love even when few would give him much chance of survival. All the way from the breathless arms of his rescuers to the intake table at Tabby’s Place, he blazed behind those big eyes, burned with love for all who looked upon him, and blessed even the dismal day of shipwreck.

After all, it had brought us here, together. And “together” was Gulliver’s favorite travel destination.

But if Gulliver was to book any future travels, the first stop would be Dr. Fantastic (let the reader understand: this is our composite name for all the superstar specialty vets who save our cats). And even Dr. Fantastic, no meek land-lubber, nearly fell off her surfboard.

Specifically, she reported that Gulliver’s bladder, bulging from blockage and dehydration, “absolutely blew me away.”

“Your bladder absolutely blew me away.” Hallmark, you can have that one for free.

The next few days would be a typhoon of titanic proportions, the swift salty stuff they write novels about. If Gulliver’s verve would ever sing another verse, much would need to be revised and reversed. His tail would have to go; his bones would have to go back where they belonged; everything would have to go very, very right.

I would like to believe that things always go very, very right. You and I and all the sea creatures know that they don’t.

But, by decree of the Great Mercy, they very, very often do.

The winds blew; the freshly refilled Linda Fund flew (thanks to you), covering our traveler’s ticket to life-saving surgery. Cormorants cackled and seagulls screamed as we all awaited the tide report.

And in the blue twilight, on the edge of November, Gulliver emerged from his emergency alive.

Gulliver was not just gifted with robust appetite, he had “the best appetite I have ever seen in twenty years of feline medicine.” (That’s Dr. Fantastic on record.)

Gulliver was not just good for his cold compresses, he was “making muffins all the way.” (That one’s Gully’s foster mom, a woman too wonderful to be named, except to say that she is Bree and she is my hero.)

Gulliver absolutely blew us away. He blew us out of our swirling self-pities (we all have several). He blew us into the balmy harbor where it’s okay to be little and breakable and hungry for more than a blueberry bagel.

He blew us back to bountiful, bold, brassy hope, just when all the leaves are sighing and the last roses of summer are dying and Election Day is trying to turn us into shriveled grey hateballs.

Gulliver was not about to let that happen.

Gulliver was not just healing; he was healing us.

Gulliver was not just traveling; he was taking us where we needed to go.

Gulliver: first a surgeon, then a captain of many ships.

Gulliver got his surgery, but much more than that, Gulliver got us, got our attention, got us back into the place where passion saves lives and love redeems everything.

Gulliver will get where he’s going. And, in the mystery between the moon and the sea, so will we. Together.

As one of his loyal Lilliputians, I’m a Gulliver Girl now. One shattered, unbroken traveler has tucked a thousand granola bars of improbable grace in my suitcase, and I’m ready for the next voyage.

Chances are, Gulliver and I won’t share the same ship too long; a doctor-traveler so tender and true surely has only a short layover at Tabby’s Place before his forever home calls him to port. I believe this even though we believe Gully will always need his bladder expressed, an inconvenient souvenir from a trip he still won’t regret.

And every November, when I peer off my balcony, I’ll see Gulliver.

That blocky brown bush out my window knows a thing or two about hope on the hinge of despair. Every November, at precisely the hour when autumn’s extravagance is fading, it explodes: rambunctious red fire, visible as far as Finland. (I exaggerate. Only slightly.)

It absolutely blows me away.

It has the Gulliverve of a cat who chooses to love little people even in the hour of agony.

It lives on the Gulliverge of a miracle.

And here, between the ocean and the sky, in a world of healing cats and blueberry bagels and comedy and tragedy, so do we.

1 thought on “On the Gulliverge”