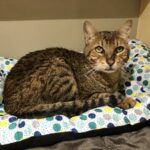 A long time ago, I was supposed to write a short story about a person whom we’ll call Bean and a very small, magic closet. The closet’s magic was in the manner of Mary Poppins’ carpet bag – seemingly bottomless and home to more items than can be imagined, far more than its size would indicate. (Thinking back now, that closet might have been a transplanted relic from the Time Lords’ home planet.)

The fact of this particular closet’s particularly impressive ability to hold so much has nothing to do with reasons why that story, though haltingly started, was eventually abandoned. Importantly (to yours truly, at least), neither Bean nor anything about Bean nor anyone in any way connected to Bean has anything to do with the lapse either.

For the record, Bean is a wonder. Bean is the sort of person – talented, interesting, intelligent, kind – who is inspiring and whom I hope to grow up to be like someday. Ergo, a lack of short story about Bean and Bean’s magic closet has exactly zero reflection on Bean. For that matter, the non-existence of such a story has nothing to do with the quality of the little closet that could.

And, what, you may be wondering, does any of this have to do with our sanctuarium sanctificatus? )Nope, I didn’t even have to make that up. Latin did it all for me absolute ages ago. Mea defensio digressionem.)

This has EVERYTHING to do with Tabby’s Place.

You see, just as Bean’s closet was stupendously giving and holding of items depending on need, there is just such a space at Tabby’s Place. It’s more than a closet. It is an entire room devoted to storing just about anything one world-class cat sanctuary requires for daily operation. Proportionally, as compared to Bean’s closet vis a vis the space wherein existed said closet, this so-much-more-than-a-closet is similarly small, considering the size of the space and number of individuals — feline and human alike — that it serves.

It is, I’m guessing “obviously,” the main storage room, and it is one of the few spaces at Tabby’s Place that does not house cats: not a single, solitary one.

Despite the obvious shortcoming of being a cat-free zone, the Tabby’s Place storage room is every bit as magical as Bean’s fabulous little closet was, perhaps even more so. So many items can be stowed within its walls and upon its racks that one might think it truly is a TARDIS,, as it does seem much larger on the inside than it appears at first glance. It also changes configuration at need (well, it’s configuration is changed for it, but let’s not get hung up on technicalities). All Doctor Who references aside, the storage room does seem to magically refill. But, the real magic is in the truth of how that happens.

Often, just when the shelves seem dangerously bare, donors will bring in generous gifts of goods that fill those shelves and all our hearts. (I have recently heard multiple complaints about a lack of canned cat food at the local Tractor Supply; perhaps donor generosity to Tabby’s Place has a hand in that as well.)

Staff and volunteers organize those donations, along with the goods ordered by staff. Huge shout out to Drew, who does SO MUCH on this front. Late-dated items are rotated for timely use. Those things that are more suited to supporting feral colonies are sorted out. Goods are schlepped in from the storage shed (another cat-free zone with magical qualities) for easier or more immediate accessibility.

Of course, something with such utilitarian form and function has vast appeal to the most curious residents of Tabby’s Place. In the past, it was our beloved Walter who, with derring-do and fair speed, would try to slip unnoticed into the laundry room. No doubt, he wanted to check out the stock of treats in the storage room within. It’s unlikely he was interested in helping with dishes or laundry. Fortunately, Tabby’s Place staff and volunteers are very good at noticing rogue felines.

Recently, while Grecca was, as usual, taking up Cheela’s hollering mantle, it was Disco who, in an attempt at stealthiness combined with a Walter-sized level of curiosity, tried to slip past the laundry room door and into the vault beyond. Fortunately, she’s as good-natured as Walter was when being scooped up and returned to the feline-friendly lobby.

Like the storage closet of our sheltering halls, Bean’s closet was also a cat-free zone. I don’t know if there were many challenges with the cat of the house attempting to get in, or if disinterest or naps were more the rule of the day. What I do know is that storage spaces of all kinds have every kind of appeal to very many cats, and we humans share the frustrations of having to keep them out without being able to explain to them why it’s for their own good. (Trapped in a closet for 3 hours, but you want to go right back in? Really? Cats, man.)

We may never be able to understand just what cats find so magical about closets and storage rooms. Fortunately, we don’t actually have to. We just have to be willing to take a little extra care to keep all of the cats on the proper sides of all of those all-too-tempting doors. It helps* to be able to count.

*Carefully executed use of a BIG VOICE may or may not contribute to continued cooperation.

Forever loved: The Contessa, Consetta, Part I
Kitty LeFey’s Cosmos: Sweet Surprise
Kitty’s Cosmos: Did I ever tell you the one about…?
Tara Talk guest post: Be like me
Guest Post: The Wringer