Donate
Be the beauty 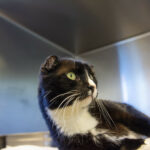 Let the record show that 120 cats and one Development Director have a violent loathing for the song “At Seventeen.”

Love is most definitely not reserved for beauty queens, or cartoon princesses, or anyone other than everyone.

Including one generous gent. Actually, two. 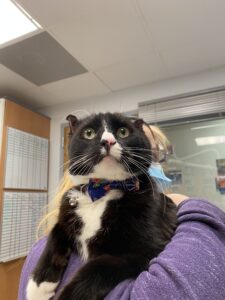 The first gent we shall consider today is a neighbor of my acquaintance. This man leaves sacred offerings for the squirrels: 1/4 cup of pretzel nuggets, the entrails of a stromboli, precisely one half of an English muffin (but the important half, with the nooks and crannies).

These are the acts of a man who has seen hard days and humbling defeats. He was not the Romeo or the rose that anyone plucked from the garden of gents. He will tell you of his sadness, if you ask him or if you don’t. He carries around gallon jugs of righteous indignation. In the middle of the night, he still walks into walls, forgetting the doors that closed to him decades ago.

And yet, he’s the man who feeds the squirrels.

The kind of man who feeds the squirrels feeds on the kind of kindness that makes him a king.

At eighty, he still believes that he can be the beauty.

Bookie, like my neighbor, is not the odds-on favorite for homecoming king. His ears have been so often assaulted, they have mostly retreated into his scalp, giving him the appearance of a tuxedoed otter, or a furred version of Shrek. His luck has so often lunged away, he’s been permanently banned from the track, kicked out of the casino, and blacklisted by all who place bets on various herds of men transporting various inflated balls across various fields and gymnasiums. 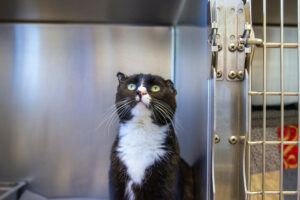 At the age when cats should be learning the length and height and breadth and depth of love, Bookie was eking out an existence between the dirt and the darting eyes of an unfriendly sky. In a context where intercat kindness should have been a safe bet, he was heckled and hobbled and harangued by hateful felines too craven to gamble on kindness.

And yet, Bookie still fed himself promises.

Chief among them: “I am one of the ones who deserves love. My ship has not sailed; it’s just taking the time to haul in more shrimp. I am not too old, and it’s not too late. And someday, I will feed the needy. You can bet the house on it.”

It sounds like the cold self-comfort of an also-ran.

But impossibly happy endings run riot at Tabby’s Place, where we’re always looking to add to our fantasy pickleball league. 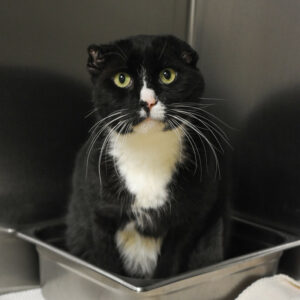 He’d landed outdoors. The landed gentry of his feral cat colony had named him their nebbish and their nemesis, too nerdy to be permitted to live. His ears had been mashed like potatoes.

We recognized one of our own.

And so we immediately booked him as a Tabby’s Place cat.

Forgetful, prideful little shrimp-brained beings that we are, we congratulated ourselves on saving a cat from a hopeless situation, again. And, of course, this is precisely what we’d done, again.

But the line between rescuer and rescued is more smushed than Bookie’s ears, and more often than not, it gets flipped like a domino the moment truth tells its tale.

Bookie would waste no time.

He would brook no rivals.

He would hurl himself, nerdy needy pariah of cats and humans, into the rebel art of kindness.

From Day One of his lucky streak, he would storm the Love Gymnasium by force, and make all the balls of bliss bounce by sheer force of his forgiveness.

The cat who had been starved by two species would stake his claim on a calling: feed them.

Feed the people whose hearts have been pulverized.

Feed the kind ones who have feared that all their love returns void.

Feed the fearful ones who have been blinded to their own batty beauty. 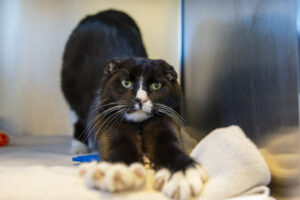 Feed the lonely ones who have seen too many boats leave the harbor.

The funny-looking cat with the unfunny history of rejection became the single most beautiful creature who ever trod the earth.

The oddball became the odds-on favorite in the League of Love.

But the kind of cat who feeds the needy feeds on the kind of kindness that won’t let him reign alone.

King Bookie the Good and Great has no interest in looking down on lesser beings, of which there are none. If he’s to have the victory, it will only come by pulling us atop the podium beside him.

But we’re going to have to learn to be rebellious. 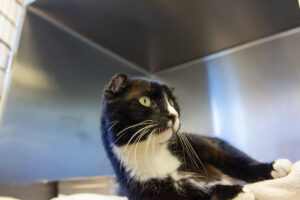 We’re going to have to choose kindness when what really Makes Sense is self-protection.

We’re going to have to be imprudent and improbable and impudent and impossible in our love, relentless and resilient and resplendent, raging nebulas.

We’re going to have to pile up all the closed doors of coldness, and build a gymnasium of grace where even the mean ones and the mincing ones and the scared ones (for they are all the same) can find a jackpot and a crown.

We’re going to have to look directly into the eyes of our pulverized hearts and let them be tenderized.

We’re going to have to reject the temptation to let sorrow turn us gamy, and instead be game for loving even bigger.

It will all most definitely break our hearts.

But if we keep leaving sacred offerings, even on the days when we cry and curse, we’re going to be beauty itself.

And when we all get together in the perpetual light, I want to cash in every last one of my chips on the side of foolish love.

I have a feeling one old man, one old cat, and several dozen squirrels will be there, too.

Love unreservedly today, kittens. Place your bets. And behold the beauty of a life lavishly spent. Bookie and I can’t take our eyes off of you.

Triumphant postscript: As will surprise exactly no one, Bookie has long since been adopted and is beautifying life itself for his very fortunate forever family.

1 thought on “Be the beauty”