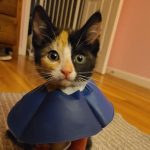 I would hereby like to wish you an ordinary day.

I have hereby bestowed you with a colossal blessing. 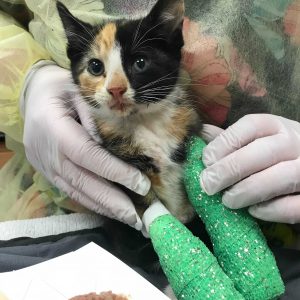 OK. So invocations before convocations and prayers beamed over congregations rarely contain the word “ordinary.”

But maybe they should.

This came to me recently, as I received a piece of mail with a curious return address label. Instead of the classic yellow smiley face was a flat-grinned guy. Instead of “Have A Nice Day” was “Have An Ordinary Day.”

At first I thought it was cheeky with a side of cynical.

Then I realized it was brilliant.

Raya is a radiant being by any definition. Like a child’s drawing of a sunshine, she has glowing rays that zoop out in every direction, in her case wild mad tricolor hairs that cause her to look permanently electrified. 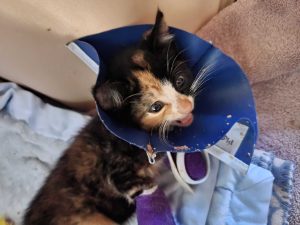 If every calico is a riot of color, Raya is several dozen whirling colorwheels, immediately making us all realize that we’ve only ever encountered a small spectrum before this day.

Raya was and is a connoisseur of the “ordinary day.”

It was an ordinary day when Raya was born, warmed and shnoogled and safe in the embrace of her mama and siblings.

It was an ordinary day when Raya first opened her epic eyes, gazing at a sunshine nearly as bright as her own future.

It was an ordinary day when Raya realized she had legs — O magnum mysterium! — and that they could take her far, and that there was a whole world of delicious strangeness to strut across. Why not start somewhere as ordinary and magnificent as New Jersey? 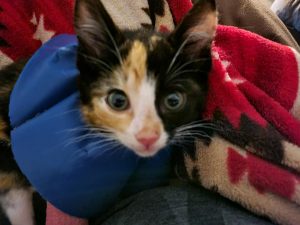 It was an ordinary day when Raya found her way to Home Depot, a mundane, manila-brown place that was about to become entirely too extraordinary.

We weren’t there — this was a mercy, as our ordinary little brains and our sobby large hearts couldn’t have handled it — but ordinary was about to become a casualty of chaos. As best we can reconstruct, there was a car, an engine, a technicolor kitten…and then the turn of a key in the ignition. 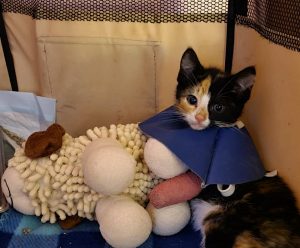 In a moment, “ordinary” became a bygone bliss-dream.

Through a bountiful series of events — the normal, ever abnormal series of frantic phone calls and kindhearted kindred spirits and “yes”-es from intake committees and flying wheels of angelic vehicles — Raya came to Tabby’s Place.

When your garden-variety day has just kicked you out of Eden and into the unwelcome extraordinary, Tabby’s Place is your best hope for getting back to “boring.”

All eyes and love, Raya radiated the peculiar peace of saints and angels as we whizzed around her half-told story. Whatever happened in that car engine erased Raya’s left front foot from her future. The right foot would have to toss some toes. (She was highly disappointed that someone else already stole the title My Left Foot, but we reassured her My Right Foot And Its Small Community Of Toes is more compelling anyway.) 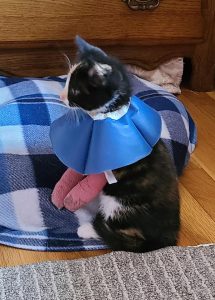 There would be surgeries and splints, waiting and worrying.

It would all be rather overwhelming to a lesser creature — say, a me or a you.

Fortunately, Raya Rosenberg is an ordinary kitten, which means she’s made of the mettle that melts and smelts misfortune into sheer radiance.

Poor, muddling human beans like ourselves tend to tout the spectacular. We think we want the whizzing whirligig-days, the red letters and the bursting banners and the memorable moments. And in looking forward and forward and forward to the next thing, we forget the mysterious massive mercy of the ordinary day patiently peering up at us from its own silver platter. 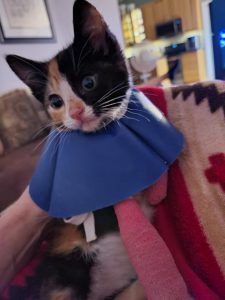 Kittens can counter the ugliest extraordinary precisely because they know how to properly cherish the ordinary.

A small tray of fish mush, precisely the same flavor as the last ten trays? OBVIOUSLY GOD LOVES ME.

The same song, from the same human, in the same ding-dong-repetitive voice? I LOVE REPETITION. I LOVE FAMILIARITY. THE ENTIRE WORLD IS MY FAMILY! 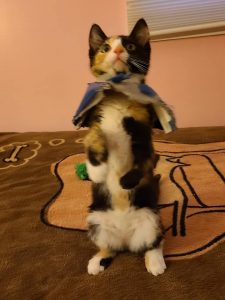 (Here I must interject that Raya’s actual immediate foster family, being one Karina and her family, is the most extraordinary-in-the-splendid-way family one could ever hope to acquire. They are my personal heroes. They are Raya’s rays of light. I am understating the case colossally.)

A human with good intentions and a wobbly heart and a wandering worried mind? THE WORLD ABOUNDS IN MIRACLE AND WONDER.

A bad string of luck, miseries like mud-coated pearls, one after the other? LOOK! THE JINGLE BALL IS STILL HERE!

And so Raya, radiant and ordinary and utterly alive to the merest moments, thrives. 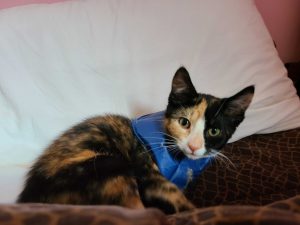 She may or may not be able to keep what’s left of the right paw and the left leg.

Her dance may never return to the ordinary.

But the blessing boomed over her leaping little life is a song of triumph.

Kittens, I don’t know what your personal “ordinary” looks like. I can’t see into the sing-song rhythm of your days, the blueberry yogurts and Netflix episodes and ever-the-same hugs from ever-the-same people that you forget to fete with all your might. But just for today, I wish you an eminent ordinary day, one in which your eyes are open to the sweetness that’s ever the same. 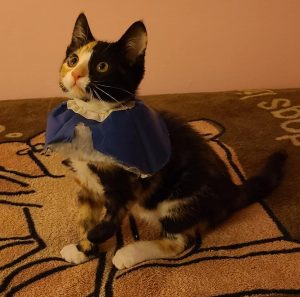 The extraordinary comes, and sometimes it knocks us out of our own paws. But the ordinary — that darling drumbeat, blessed and boring in equal measure — will carry us home in its sturdy, unspectacular arms.

Even if they’re missing a few fingers or toes.

Now get out there and radiate.