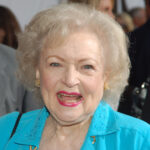 I’m not here to talk about Betty.

I’m here to talk about Betty.

Who, as it turns out, reminds me an awful lot of Betty. 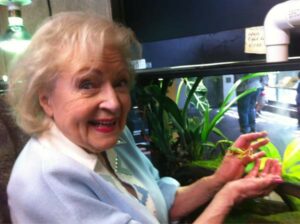 Like all our favorite cats, Betty White seemed like she would be with us forever. She seemed to accept this plan, almost as though she knew how much our tired, cranky world needed her.

With a celestial sparkle in her eyes that only grew as she galloped towards age 99; a career that triumphed from silly to serious to spectacular; and a heart several times the size of Minnesota, Betty White was a beacon. She wrote plays in elementary school; she was honorary mayor of Hollywood; she was the oldest and coolest person ever to host Saturday Night Live.

She was weeks shy of her 100th birthday, which would have been today, when she decided to dash across the veil and hug all the cats you and I are missing. 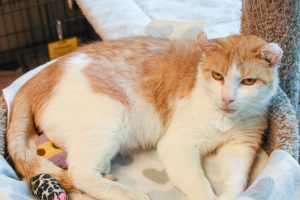 She was also a ferocious advocate for the vulnerable.

The bravest people always are.

Depending on your age, you probably cherish a particular bouquet of Betty. Maybe the Mary Tyler Moore Show Betty was your inspiration for great feats of zest. Maybe you know her primarily as herself, the effervescent, incandescent, ineffably glittering nonagenarian who captured the entire culture’s heart just when we needed her most.

Most likely you remember Betty as Rose Nylund, usually listed as the “ditzy” quadrant of the Golden Girls. One could write many Ph.D. theses on what these four exceptional women represent. We loved Blanche, the ageless, impish sequin, self-confidence incarnate; Sophia, the small but mighty Sicilian cannonball; Blanche, the statuesque wit whose edge could slice off all the world’s pretensions. But Rose was the perpetual punch line, the love-gushing oversized child. Rose — Betty’s big-eyed, stargazey, all-heart Rose — is invariably seen as, well, the dim bulb. 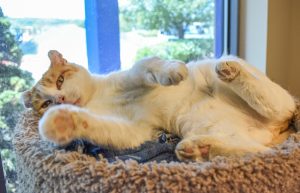 We clearly do not understand lighting.

Which brings me to the Betty who this blog is really about.

Betty Rosenberg, another balmy blonde in a perpetual state of awe, lives in the golden palace that is Tabby’s Place. Whisked from an outdoor colony whose caretaker passed away, Betty was already elderly when, with no vote in the matter, she became our girl. All did not initially appear golden, and Betty burrowed under blankets of fear.

But the trouble with a heart several sizes larger than Minnesota is that it just won’t stay closed. 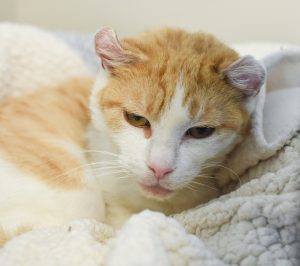 Just like Rose Nylund’s unedited memories of St. Olaf and unrehearsed exuberance for life, Betty’s bliss poured forth. She settled into one of our small office suites, joined by her longtime colony-mates and our own answers to Blanche and Dorothy, Toulouse and Agnes. (If you’re looking for Sophia, that was their fellow colony compatriot, Edith, down the hall in Sicily, I mean the Community Room.)

The gals were bonded; the gals were gorgeous; the gals were known to literally smack one another as needed (Agnes bringing the equivalent of Dorothy’s quips, e.g. “Go to sleep, sweetheart; pray for brains.”)

Betty had seen enough of life’s struggles to curl your ears (and in her case, they did, adding to the appearance of “constant wonderment”). But now she’d seen the kind of mercy that makes you stupid-happy and saintly-wise. 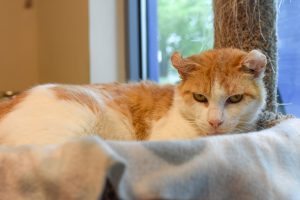 Like the wry sun that knows exactly when to rise, Betty’s affection emerged, covering the entire sky in rose-gold. Like the sweetest, most natural Golden Girl, Betty didn’t know how to contain her kindness. Like all the best creatures of all species, Betty was willing to risk seeming “dumb” if it meant loving without calculation.

Like Betty White herself, Betty Rosenberg made it her mission to bring laughter and light to a world so scared of seeming stupid, it dials down the dangerous stuff like “love” and “exuberance.”

But Betty, like Betty, knows: when you write your script so as to avoid seeming dim, you only end up turning everything pitch-black. 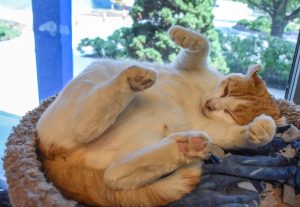 There is light and wisdom in willy-nilly affection.

Wide eyes may make you look hapless, but they’re the only ones capable of being happy-filled.

Blessed are the ones willing to look stupid, for they shall inherit the wonderment.

Blessed are the Bettys.

Sometimes we become convinced that the only way to maintain our dignity is to skew serious. When in doubt, hold your cards, hold your tongue, let someone else tumble forth the words of love and glee. To love first, to love big, is a gamble. In this tattered world, there’s a certain “power” in being the one who restrains your radiance.

But the biggest cosmic secret is that the one who loves is the one with the only power that can power through the grease of life. 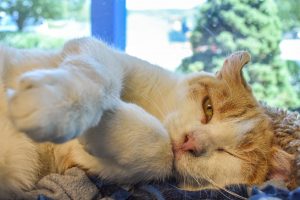 Rose Nylund and Betty and Betty have chosen the better part.

I want to join them.

I want to risk my dignity and my solemnity and any appearance of sober intellect (HA HA HA I MADE A FUNNY!) in the service of the light.

I want to be the “dim bulb” whose honest enthusiasm brightens the whole grey world.

I want to be better for having loved Betty and Betty. 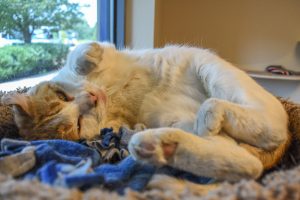 And this is the part of the episode where I take another risk.

Some wonderful Betty-struck creature announced that today — Betty White’s 100th birthday — should be the Betty White Challenge. Given Betty’s lifelong, selfless love for shelter animals, her fans are asked to honor her golden life with a donation to their favorite shelters.

You can choose the power of love here.

Happy, happy birthday, beloved Betty. I can’t wait to hug you in heaven. Now I’m going to go down the hall to hug your namesake.